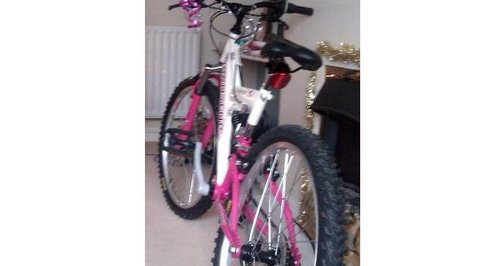 Police have released a picture of a bike stolen in a burglary in Hemel Hempstead.

Detectives are trying to find witnesses after the bike and tools were taken from a house in Apsfield Row between 2.15pm on Saturday 20 July 2013 and 7.35pm on Sunday 21 July.

The thieves gained access to the victims green house and once inside, they removed the bike shown and a tool box containing tools before making off.

The tool box is described as a distinctive ‘red snap-on tool box’, with the word ‘plenty’ written on it. It contained a wrench, wracket, screwdrivers, spanners, torque sets and widgets tool.