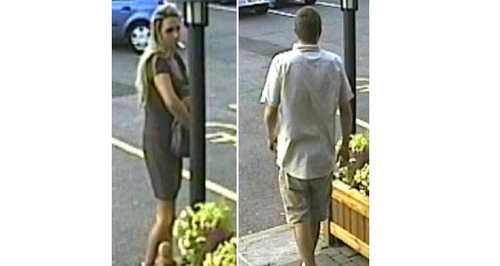 Hertfordshire's police have released pictures of a man and woman they want to speak to after they left a Bushey restaurant without paying their bill.

The couple left the Toby Carvery in a black BMW, having eaten a £20 meal.

The car is believed to have had a personalised number plate with distinctive multi-spoke alloy wheels.

Alternatively, you can call Crimestoppers, the independent charity, anonymously on 0800 555 111.