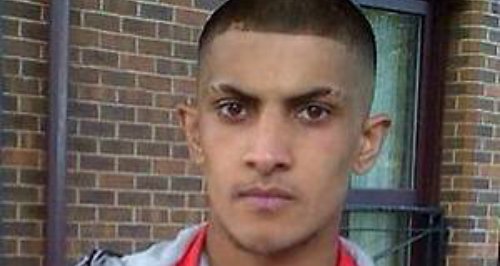 Two boys aged 15 & 16 have been charged after an 18 year old man was killed in Watford.

He had been found with stab wounds in Croxley View.

A 16 year old from Watford, who cannot be named for legal reasons, will appear in court tomorrow.

Police have also charged a 15 year old boy with affray.

Two other boys arrested as part of the investigation have been released.

Detective Inspector Jon Mc Adam from the Bedfordshire, Cambridgeshire and Hertfordshire Major Crime Unit, said: "Our thoughts are with Aqeel's family at this extremely difficult time and they are being supported by specialist officers.

"We have charged a sixteen year-old male with Aqeel's murder and although we are currently not looking for any other suspects at this time, we are still keen to speak with witnesses to this incident.

"I would urge anyone with any information at all in connection to this incident to come forward and speak to police on 101, or alternatively call Crimestoppers the independent charity in confidence on 0800 555 111."

Watford Safer Neighbourhoods Inspector Nick Lillitou, said: "I would again like to reassure the residents of Watford that this is very much an isolated incident.

"We have increased patrols in the area to provide reassurance and if you have any concerns or information about what has happened, you can speak to one of our officers."