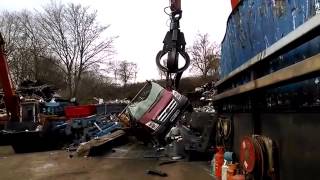 Watford Borough Council have released a video warning for fly-tippers in the county - showing to what lengths the authority will go - to stop waste being dumped around the borough.

In one case, they show what happened to a van belonging to Bushey man Lee Taylor, who persistently fly-tipped around Watford.

Back in November (18th) he appeared before St Albans Crown Court and admitted to 9 separate offences - dating back to April 2013.

He also had two other offences of flytipping in Watford taken into account.

Mr Taylor was jailed for 13 months and disqualified from driving for 12 months. His vehicle was seized when he was caught fly-tipping back in May 2014.