A woman's been injured in a fire at a block of flats in Watford this morning and police want to trace two men leaving the scene in a blue Astra.

The fire broke out at Redding House in Tolpits Lane at 8.45am today (May 15).

Hertfordshire Fire and Rescue dealt with the blaze with around 20 people led to safety as the 4-storey block was evacuated. 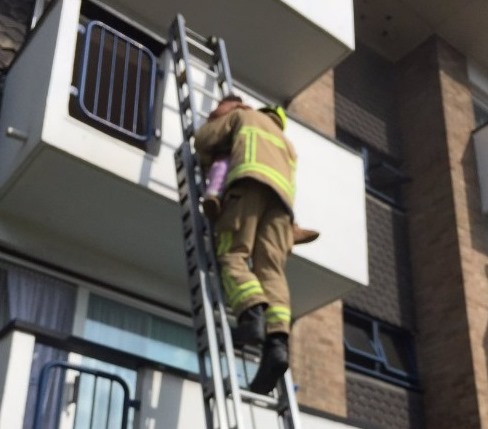 “We are currently treating the fire as suspicious and are appealing for anyone who was in the area at around 8.30am to 8.40am, and saw anyone acting suspiciously, to please get in touch.

Two men were seen leaving the scene in a blue Astra (an older shaped model).

Did you see these men or the car? If so please give us a call. Any information you provide, no matter how small could help us with our enquiries and find the people responsible for this incident.”