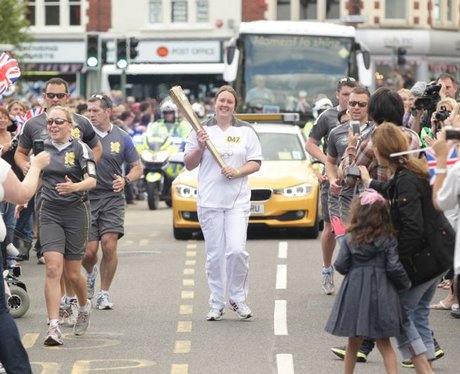 Sally Jones carries the Olympic Flame on the Torch Relay leg between Broadstairs and Cliftonville. Sally has won nationals and enspires young women to race at a lower level. She has helped young people in west London complete at the London Youth Games and open circuit events around London and the Thames Valley.