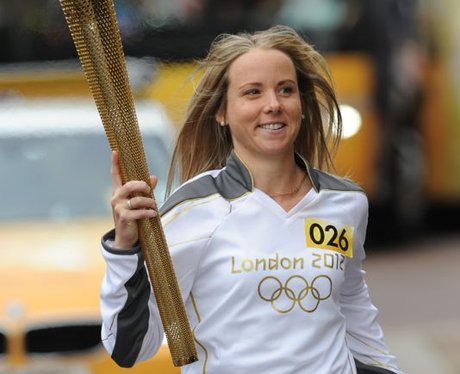 Sarah Mooney carries the Olympic Flame on the Torch Relay leg between Rochester and Higham. Sarah is an inspiration to all young women, especially in her community. They have seen her in a very dark place 4 yrs ago through alcohol addiction. She was taken in by a church group in Sheffield who saved her life. If she had carried on she would have died. She took up running at a very slow pace at first. Now 4 years later she is running marathons at a fantastic time, she completed the London marathon in 3hrs 17mins.