A giant portrait of Nelson Mandela's face has been etched into the countryside in tribute to the former South African president.

The two-acre maze at Quex Park in Birchington, near Margate, Kent, was the idea of Karen Botha and Dawn Tilley who have designed the giant puzzle for the past five years.

The Nobel Peace Prize winner's image can be found at the Powell-Cotton Museum in Quex Park, which is home to natural history specimens and cultural objects collected on expeditions to Asia and Africa.

Mrs Tilley, 44, said they decided to capture the 94-year-old's face in corn in celebration of his 95th birthday, which falls tomorrow, and because it was in keeping with the African theme of previous mazes.

She said: "With Nelson Mandela being very topical at the moment we thought we would do a tribute to him.

"Karen is originally from Zimbabwe and it was her suggestion as he has been in the news a lot recently.''

The design of the anti-apartheid leader's face was drawn by Mrs Tilley's brother, amateur artist Darren Tilley, and a GPS plotting device was used to create the maze, she said.

"Using a reasonably accurate map of the field it is like putting together a dot-to-dot.

"We used weed killer to kill the very early plants and left the maze to grow in the shape of Mr Mandela's face.''

Mrs Tilley said: "We hope the maze will educate children about Nelson Mandela as we believe it is important they should know who he is.''

Mr Mandela remains critically ill in hospital after being admitted with a lung infection last month. 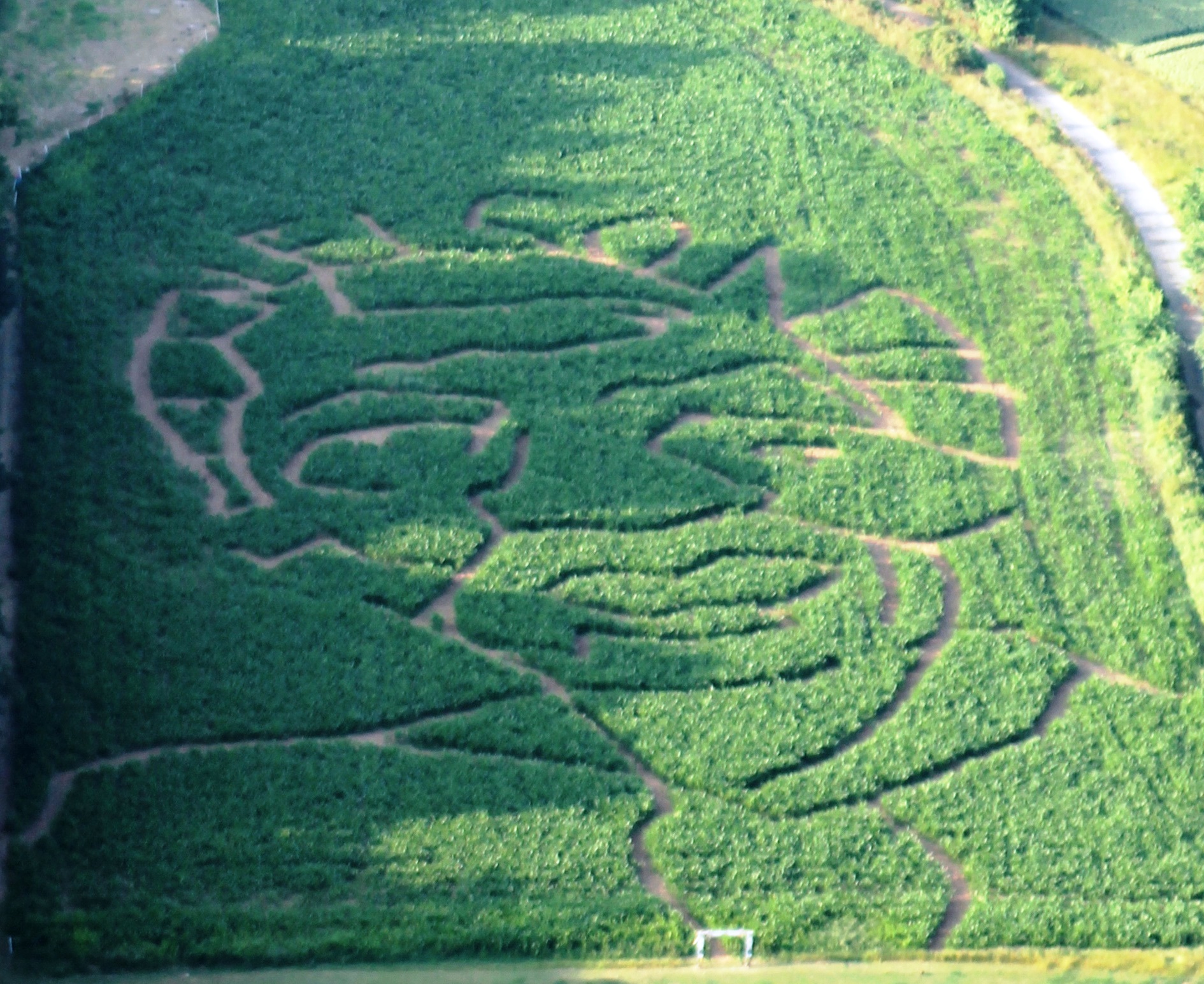