The family of a teenager from Dover hoping to raise over a 31 million pounds for life saving cancer treatment in America say time is running out.

Even celebrities have been getting involved in the campaign including Bryan Adams who helped raised £10,000 at one of his concert's in Kent last summer. 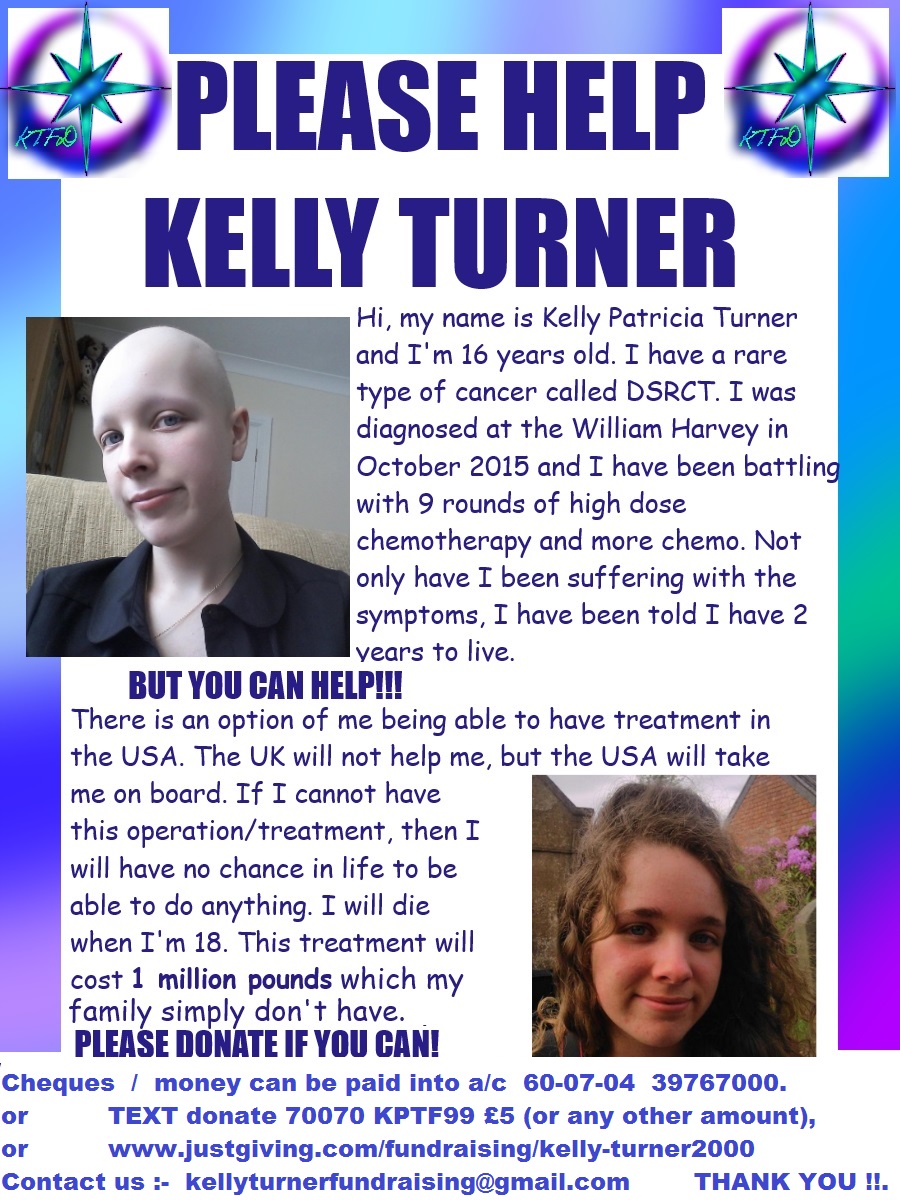 Our beautiful, clever, artistic and loving Daughter Kelly is only 16yrs old. Up to October 2015 she was a fit and well 15 yr old and enjoying a happy and fulfilling life. October 2015 she was diagnosed with Cancer - "Desmoplastic small round cell tumor (DSRCT) is an aggressive tumor that typically begins in the abdomen or pelvis. Considered a pediatric cancer, this rare type of soft tissue sarcoma is diagnosed in about 20 adolescents in the United States each year." She's been well cared for by The Royal Marsden, Sutton UK with 9 rounds of chemotherapy which has responded well, but because there are tumours close to her Liver they're not prepared to carry out any Surgery.

We have sought a fifth opinion from Memorial Sloan Kettering in New York and they have agreed to do the surgery, immunotherapy and radiotherapy. As for the cost, update as of 3rd August an "estimate" of $1,200,000 is needed by MSKCC. We are not covered by the American insurance system so we'll have to find funding.

Please support our Kelly, we so want her to have a normal, long & fruitful life. #Doingitforkelly