The immigration minister is visiting Dover to discuss the sharp rise in migrants trying to cross the English Channel.

The Government's immigration minister is to visit Dover on Saturday after Home Secretary Sajid Javid declared the rising number of migrants attempting to cross the English Channel a "major incident".
Caroline Nokes will be joined by the Kent port's MP Charlie Elphicke, who has called for more patrol boats in the Channel to tackle trafficking gangs.
But there were calls for the Royal Navy to be sent in, with one MP warning that the crisis could otherwise escalate into a "catastrophe".
Mr Javid has asked for an urgent call with his French counterpart to address the problem following a Christmas period which has seen a spate of attempts by migrants to cross to the UK by boat.
After two boats carrying 12 men from Syria and Iran were intercepted while they attempted to make the crossing on Friday, Mr Javid also appointed a "gold commander" to oversee the situation and give daily updates.
He has also held a conference call with officials in the Border Force, Immigration Enforcement and the National Crime Agency (NCA) - where he was briefed on the latest intelligence and action being taken.
Mr Javid has also asked the Border Force to provide information on whether more vessels will act as a deterrent or encourage more people to make the crossing.
Independent MP and Commons Home Affairs Committee member John Woodcock said he should go further, telling The Sun: "The public is losing confidence in the struggling Border Force. It's time to stop the rot by sending in the Royal Navy.
"If the civilian force can't cope, the Navy must stop this crisis becoming a catastrophe."
And another committee member, Tory Tim Loughton told the paper: "There is a serious security implication, as this is a likely route undesirables who have been fighting in Syria will use if they want to return to the UK.
"Of course there is now a case for the Royal Navy to be brought in to do border protection in the Channel."
On Friday, Border Force officials brought the 12 men to shore at Dover and handed them over to immigration officials to be interviewed.
An inflatable boat, carrying one Syrian and three Iranians, was reported to the Coastguard at around 3am. And at around 9am a second boat, which was carrying eight Iranians, was also spotted.
On Christmas Day, more than 40 migrants tried to cross the sea and enter the UK.
Boxing Day saw three more migrants intercepted in a small boat, and on Thursday an inflatable boat carrying nine people was rescued by a lifeboat crew three miles off the coast of Sandgate in Kent.
Ms Nokes and Mr Elphicke are to discuss the situation with Border Force officers in Dover.
Mr Elphicke said: "For too long the Home Office has not been taking this seriously enough and the crisis has continued to escalate to unprecedented levels.
"So it's welcome that the Home Secretary has rightly declared the situation a 'major incident', taken personal control and appointed a gold commander.
"Now we need a clear strategy to defeat the traffickers. Let's start by bringing back our cutters to the English Channel."
Mr Elphicke called on the French authorities to "match the Home Secretary's determination" by stepping up action on their side of the English Channel to stop trafficking networks and prevent people attempting dangerous crossings.
Human rights group Amnesty UK's refugee and migrant rights programme director Steve Valdez-Symonds said: "It's extremely worrying that women, men and children have been compelled to undertake such very dangerous sea crossings in an attempt to find a place of safety and security.
"The Home Secretary needs to understand that we're in this situation because of the persistent refusal of our Government and others to share responsibility in providing asylum and safe passage to people fleeing desperate situations.
"This has left people with no other option than to take extreme risks to find safety - often at the hands of ruthless or careless smuggling gangs. 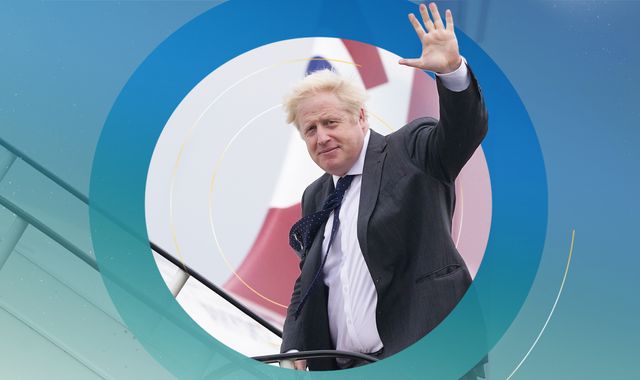