Tributes are being paid to a 22-year-old from Dartford who has been stabbed to death in the holiday resort of Ayia Napa in Cyprus.

George Low and a friend were attacked in the early hours of yesterday morning. Mr Low died from a stab wound to the neck, while he friend suffered knife wounds to his back but is expected to make a full recovery.

A spokesman for the Foreign Office said: "We are providing support to the family of a British national who sadly died in Cyprus on 14th August and will remain in contact with the local authorities who are investigating.''

Among those who have posted message on social media about is Jason Woods who wrote on Facebook: "Words can't describe what you meant to me. I was lucky to have you as a brother and I am truly heartbroken by this tragedy!! Just looking back at the first time we met and I was lucky enough to meet one of the best guys in my life.''

Niamh Rose wrote: "Still struggling to process this, rest in peace George Low you've touched the lives of so many my thoughts go out to your family.''

Two fundraising pages have been set up to help George's family pay to bring his body back home to the UK and to pay for the funeral. One of them has received more than £12,000 in donations. 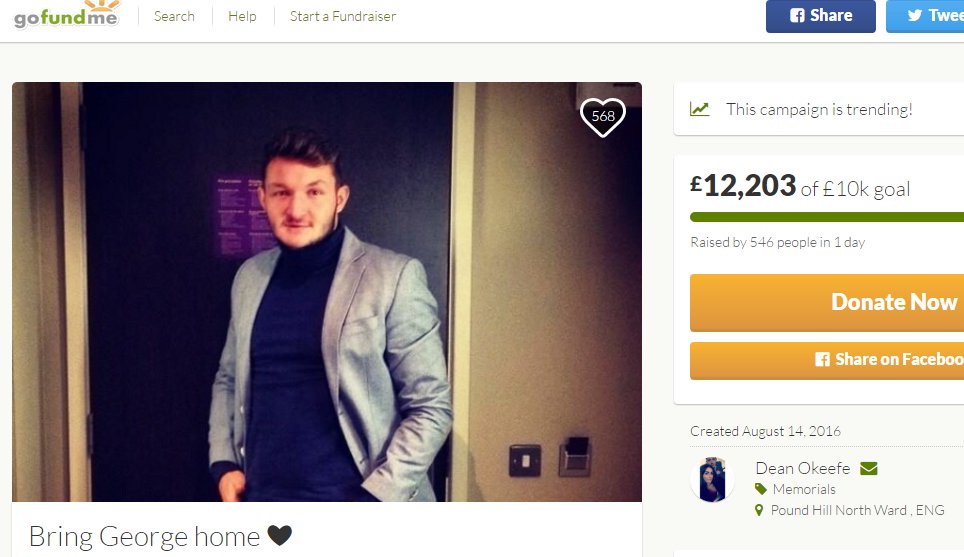