The funeral of murdered Kent Pensioner Roy Blackman has been held today.

His coffin arrived at St. Michael's Church in Smarden on a recovery truck from the company he owned. 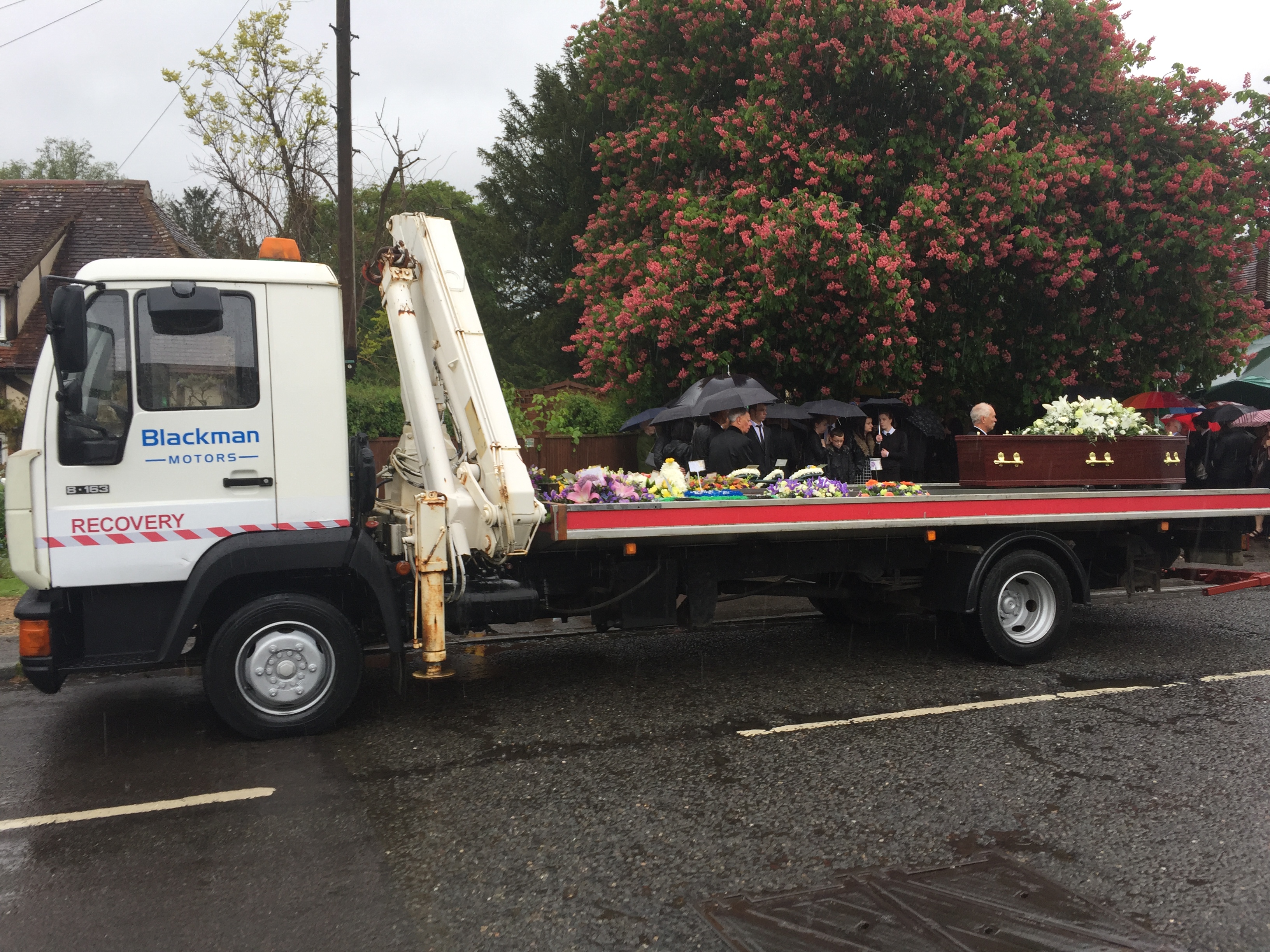 Around one hundred of his friends and family attended the service, and police officers were outside the church to provide reassurance.

The 73 year-old was beaten to death during a burglary at his home in Headcorn Road in Biddenden in March.

One man, 37 year-old Mark Love, from Frittenden Road in Stapleton has been charged with his murder, as well as aggravated burglary.

Six other men were also arrested in connection with the investigation; five are on bail.

One, 36 year-old William Smith, was shot dead by officers from Kent Police during an operation in Goudhurst earlier this month. The Independant Police Complaints Commission is currently investigating the circumstances of his death.