Thousands of people preparing to see LittleMix who are bringing their Summer Hits Tour to Kent County Showground near Maidstone tonight.

From midday on Sunday 22nd July

-The cross over points on the #A249 between Pilgrims Way and Stockbury will be closed.
-The drop off and pick up point will along Scagged Oak Lane
- Arrival by Bus is possible 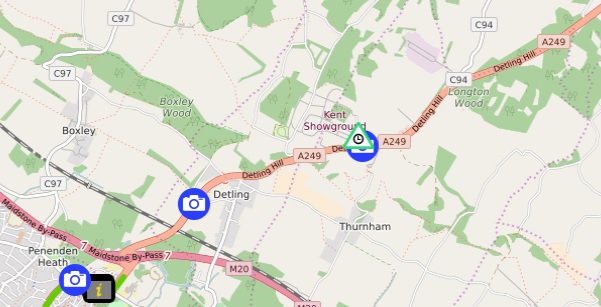 - A lane closure on the #A249 northbound to allow traffic to free flow out of Scragged Oak Lane.

- A pick up point in Scragged Oak Lane
-The traffic lights at M2 J5 Stockbury roundabout will be switched off to facilitate the additional traffic leaving.

-There will be long delays leaving the showground after the show.

Everyone attending is advised to prepare for this.