The 3-week-old still strikes the same sleeping pose as he did in his ultrasound.

The 3-week-old still strikes the same pose as he did in his ultrasound.

At just 3-weeks-old, Michael Steppling already has a signature sleeping position, which is the ultimate kick back and relax pose.

Sarah gave in to doing a boutique ultrasound, after her mother and grandmother urged her to, wanting photos for themselves. 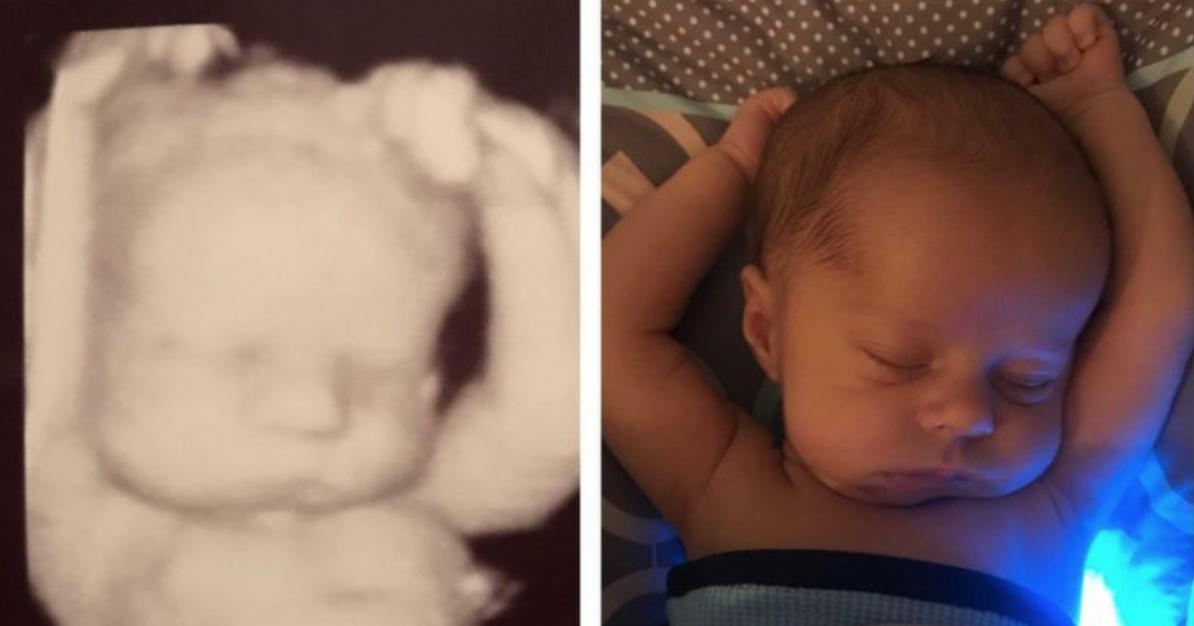 Talking to Yahoo Lifestyle about the way her son sleeps with his arms thrown up behind his head, she explained: “From day one, this kid knew how to relax,”

“He always slept with his hands up like that. If you were to go through my phone right now, you’d find probably about a million and a half images of him sleeping in that exact same position.

One day, I thought to go back and look at his ultrasound pictures. I saw that one and was like, ‘OMG! He sleeps just like that now!’

Not only does Michael have a signature sleeping pose, but he also has a nursing one too. For that, he strikes a bit more of a sunbathing stance, this time with his hands at the lower back of his head.

Now that’s what you call a cool baby.