Schoolgirl Holly Chidgey has endured years of cruel taunts about her appearance - but she’s proud of who she is.

The 13-year-old, from Fareham, Portsmouth, was born with Blepharophimosis Ptosis Epicanthus Inversus Syndrome, meaning she could barely open her eyes and couldn't blink.

But rather than have cosmetic surgery to look “normal”, she is embracing her natural looks - and her mum couldn’t be prouder.

Lucy, 44, said: “Holly used to ask me why people were staring at her and one woman even tripped over her own feet because she was too busy looking at her.

"She's had people ask if she is blind, if she has Downs Syndrome and if she's Chinese but she takes it all in her stride.

"She would much rather people ask about her about her condition than just point and stare."

Holly has already had two operations - including one to take muscle from her leg and put it into her forehead to improve her vision - but has shunned a third purely cosmetic operation.

Holly hopes to raise awareness for her rare condition and says she is happy just as she is.

The inspirational teen says making music and dance videos with her friends has helped boost her confidence even more.

Holly explained: "When people stare I don’t feel anything because it doesn’t bother me.

Read more: Here's how to find out if your child has a secret £1,000 Government nest egg 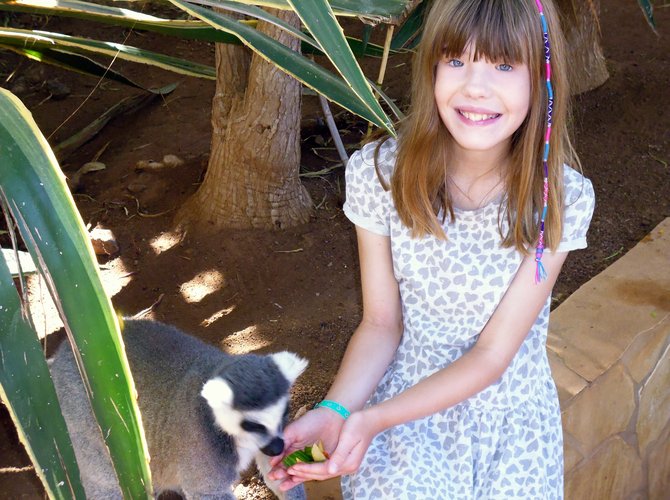 Holly has turned down a cosmetic procedure on her eyes as she is proud of who she is (Image: Caters)

"For anyone in a similar position to me, I would just say don’t worry about what people think and focus on the positive things, the things you're good at like dancing, swimming and gymnastics.

"I don’t worry about meeting new people even though I am shy. I always prefer people to ask me about my eye condition rather than mock.

"I'm happy to raise awareness of BPES because it is rare and some people don’t know anything about it.

"It's good not to feel alone and see that there are other people who look like me."

Recalling Holly’s birth, Lucy explained that she instinctively knew something wasn't right from the moment her daughter was born.

She said: "Holly didn't seem to open her eyes for quite a long time but the midwives just kept putting it down to her being two weeks early and as a new mum I was in a bit of a daze so I just trusted them.

"When I took Holly to be weighed at the clinic the health visitor was cooing over the baby in front but when it was our turn she said ‘oh isn't it a shame about her eyes’. I was devastated."

Lucy and her husband Garry, 45, took Holly to the GP but it took a second opinion before she was finally referred to the local hospital.

She was then diagnosed with Blepharophimosis Ptosis Epicanthus Inversus Syndrome (BPES) -  a rare developmental condition which causes narrow eyes and droopy eyelids.

But it wasn't until Lucy did an internet search and discovered an eye hospital in London which offered surgery that she was able to get help for her little girl.

Holly went on to have two operations - a temporary eyelift at just 15 months old and a permanent eyelift at five years old, in which muscle from her leg was taken and put into her forehead to stop her eyelids covering her pupils.

Read More: James Corden was left in tears after seeing this Carpool Karaoke 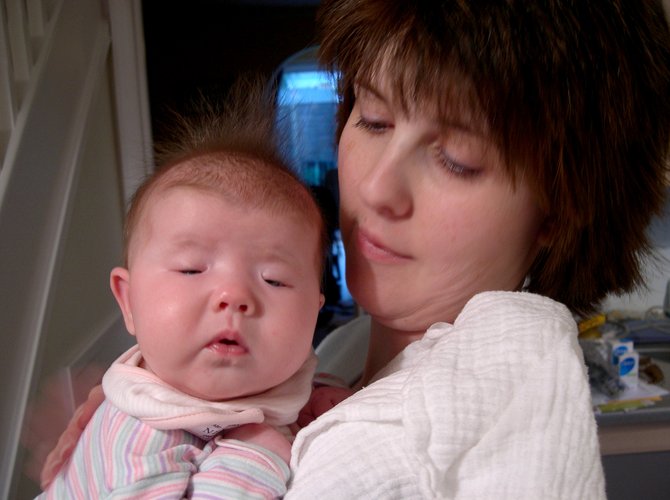 Mum Lucy with Holly shortly after she was born with the rare condition that affects her eyelids (Image: Caters)

Lucy, who is also mum to eight-year-old Sophie, said: "Had I taken the initial response that all was okay her eyesight wouldn't have developed properly and she could be blind now.

"They had to wait until her legs were long enough for the second operation but her posture improved after the first operation because she didn't have to tilt her head back to see everything.

"She still can't blink like you and I as she doesn't have the muscles to do it, she has to use her forehead.

But her vision is absolutely fine and she has turned down a third operation to remove the excess skin from over her tear ducts because it's purely cosmetic.”

However, BPES doesn’t just affect Holly’s sight, there is also a chance it could affect her chances of starting a family of her own one day.

Lucy, a production assistant, added: "We're so so proud of our little girl.

"I really wish I'd had her attitude to life when I was her age.

"Even though she does struggle with anxiety she still overcomes everything.

"Making videos and dance videos definitely gives her more confidence and she also has amazing friends who accepts her for who she is."