There has been fierce debate about Yorkshire puddings' place on the Christmas dinner table, but it's not the only controversial side dish some people see as a necessity...

With Christmas fast approaching, our thoughts are turning to festive food and the ultimate Christmas dinner. New stats reveal you’re much more likely to want mash on your Christmas dinner plate if you live in the North, compared to the South of England.

Looking to discover what the nation’s preferred Christmas dinner plate comprises of, Seasonal Spuds – an initiative backed by the UK’s leading potato producer Branston that looks to inspire the public to enjoy more potatoes – commissioned an online YouGov survey of more than 1,800 members of the public who celebrate Christmas across England, Scotland and Wales.

Those living in the North East are most likely to choose mashed potato, with three quarters of residents picking it as part of their perfect plate – while only one in five people living in the South East would consider it a crucial part of their Christmas dinner. More than half of those asked in Scotland would say yes to mash (53%) and just under half of those in Wales (47%).

Britain's biggest debate: Do you have mashed or roast potatoes on your Christmas dinner?

The stats revealed that on the average dream Christmas dinner plate, 92% of people included roast potatoes. 94% opted for either roasts or mash and 40% were doubling up; choosing both options to create their perfect plate of festive food*.

So, it’s no wonder that demand soars for spuds during the run-up to Christmas. Sales of fresh potatoes and ready-prepared roasties experience a massive increase at this time of year.

So what does the nation want on it’s Christmas dinner plate in 2019? Judging by the majority it’s a traditional turkey dinner with all the trimmings – but be sure to make extra roasties, as the stats show, (almost) everyone around the dining table will be demanding them for their dinner.

The question was asked:

If cost and time were no issue, which, if any, of the following would you include as part of your personal "perfect Christmas dinner" plate?

*All figures, unless otherwise stated, are from YouGov Plc. Total sample size was 2109 adults of which 1805 celebrate Christmas. Fieldwork was undertaken between 11th - 12th November 2019. The survey was carried out online. The figures have been weighted and are representative of all GB adults (aged 18+). 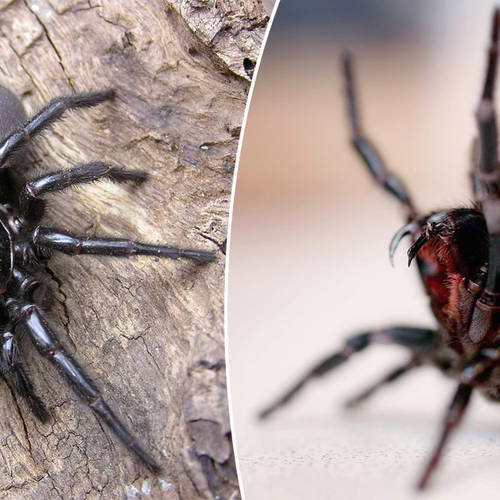 Who is Emmerdale's Pierce Harris? Everything you need to know about Graham Foster's murderer