This image appears in the gallery:
Changing styles: Madonna 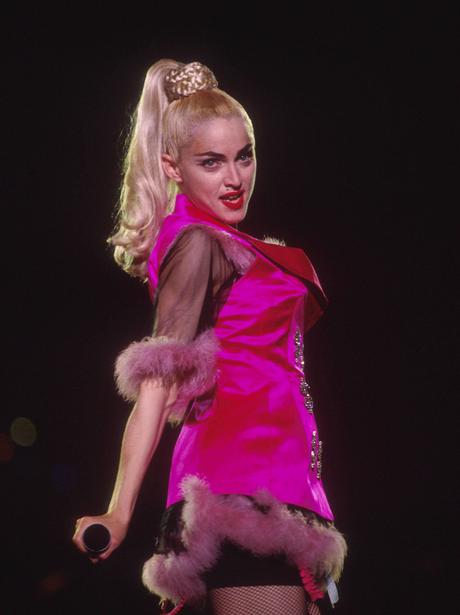 Blond Ambition was Madonna's second world tour and saw her play 57 shows in 27 cities. It was immortilised in her documentary film, 'Truth Or Dare' (also known as 'In Bed With Madonna'). The Pope called for a boycott of the show in Italy due to its overtly sexual nature and use of Catholicism.