This image appears in the gallery:
Changing Styles: Scarlett Johansson 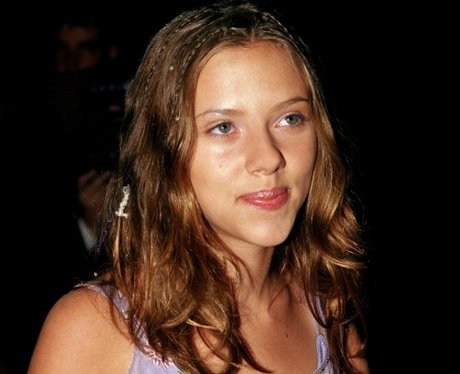 Only a few months later, but looking a lot more grow-up, Scarlett arrives for the premiere of the movie The Horse Whisperer in which she appeared alongside Robert Redford. Johansson had already a few films under her belt, but The Horse Whisperer was her first high profile movie