Many Brits were outraged after the New York Times shared this familiar recipe.

You'd be hard pushed to find someone in the United Kingdom who hasn't tried or at least heard of a Yorkshire Pudding.

The Sunday dinner staple is a classic British dish so it's understandable that many were surprised to find that some in the USA hadn't heard of it before or that they were calling it something totally different.

Read more: Sliced ketchup is now a thing but would you eat it?

It only came to light when the New York Times tweeted the following...

This large, fluffy pancake is excellent for breakfast, brunch, lunch and dessert any time of year https://t.co/rIYTybknnm pic.twitter.com/iAlpcidZxe

Their tweet was a recipe which referred to the dish as a 'Dutch Baby' and as expected it didn't take long for outraged Brits to jump to the defence of what appeared to be a Yorkshire Pudding. 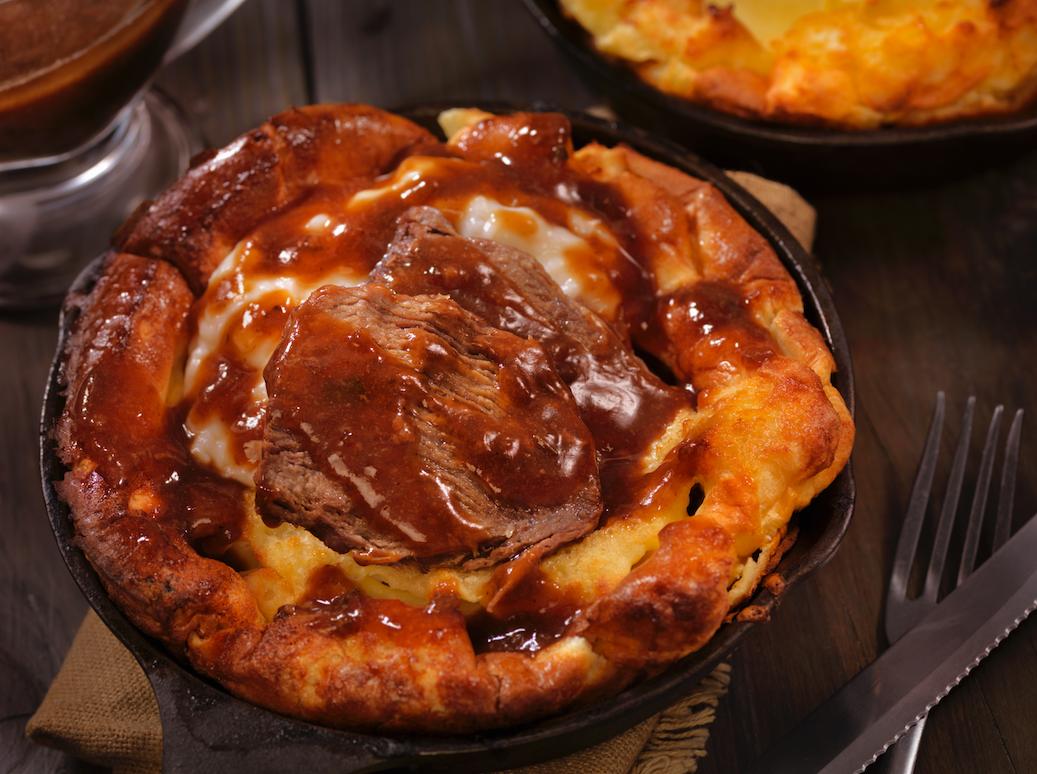 A Yorkshire Pudding as many Brits know it...full of gravy! | Picture: Getty

Some of the responses from passionate Brits to the tweet are hilarious...

That’s a Yorkshire pudding you wollies. Put sausages in it with your vegetables and pour gravy on it.

#AuntBessie is spinning like a top in her grave right now... pic.twitter.com/BYRQZB3hKQ

Welcome to the party, America & @nytimes. You're a few centuries late, but welcome.

Many tweeters also pointed out that New York got its name from Yorkshire, so it's pretty ironic that they aren't clued up on the northern county's best export.

We're sure they're well informed now after this Twitter faux pas!