You Would Have To Run For Over An HOUR To Work Off McDonald’s New Burger!

It looks epic, but how many calories are in the new Big Mac from McDonald's?

To celebrate the 50th birthday of the Big Mac, McDonalds have just launched the monstrous Grand Big Mac, an absolute whopper of the burger that is getting Maccy's fans seriously excited.

It's only going to be available to buy until 20th March so if this looks up your street, get in quick because you won't want to miss your chance. 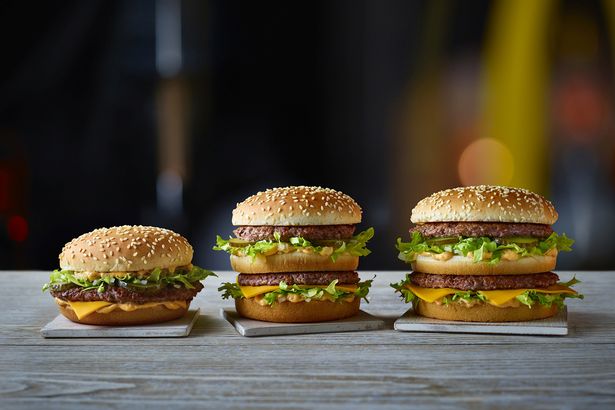 This beast of a bun costs £3.99 and clocks in at a huge 741 calories which is likely to put off some people, especially this early in the year when everyone is still trying to be good after the festive period.

They also have launched a smaller version of the iconic burger, the Mac Jr, which is a bit more guilt free containing 400 calories

But fear not, we're here to let you know just how much exercise will shave those 741 calories off post-Grand Big Mac.

According to Fitness Republic, here are just a few ways you can shed 700 calories...

So if you're calorie counting but still want to nab this limited edition piece of burger history before McDonald's stops selling it then we've got you.

Grab your trainers, skipping rope or a pair of Speedos and you'll be guilt free...or opt for a Mac Jr instead!