Office teabags have more germs than the toilet

You might want to bring in your own tea from home in a flask after you read this.

If you're a glutton for office tea breaks then you might want to look away now.

According to a recent scientific study carried out by Initial Washroom Hygiene, the average bacterial reading of an office teabag is a staggering 3,785, compared to a mere 220 for a toilet seat. Gross.

Initial, who are one of the best-known washroom companies in the UK, also conducted a poll of 1,000 office workers and found that 80 per cent did NOT wash their hands before making drinks for colleagues.

Read more: This horrifying photo will make you never want to use a hand dryer again 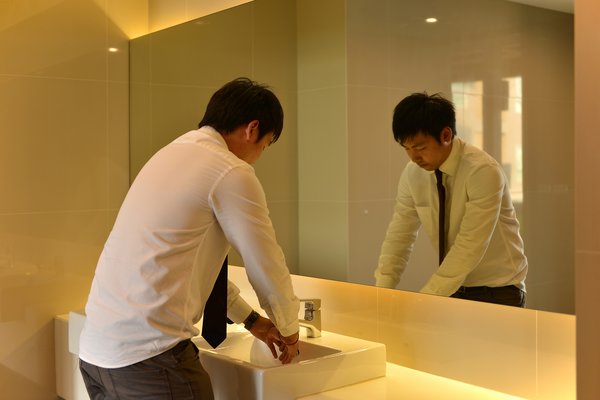 He said: "If you stop to think about the number of different hands that touch things such as the kettle handle, tea bag box lid, mugs, and so on, the potential for cross contamination really adds up.

"And yet many office kitchens seem poorly equipped to offer the users access to good hand and surface hygiene. Using anti-bacterial wipes on kitchen surfaces and regularly cleaning your mug can pay huge dividends in terms of maintaining a healthy workforce."

The study found that it's not only teabags that are riddled with germs, fridge doors scored 1,592 on the rating, the rim of used mug came in at 1,746 and kettle handles achieved 2,483, which means they are around 11 times more filthy than your toilet seat.

Initial's research has come to the fore at the same as another study that has revealed the average office desk is home to 10 million bacteria.

Mug rims were found to have an average bacterial reading of 1,746

Again, a lack of discipline means most people don't clean their desks after use. In fact, less than half of office workers follow hygiene rules.

This is compounded by popular open-plan office spaces where a higher percentage of workers get sick.

In Australia, workers in open-plan spaces have a 62 per cent higher incidence of sickness absence than those in private or shared cellular offices.

Hand hygiene has been shown to be one of the most effective means of reducing the transmission of germs. In year-long random controlled trials, workplace hygiene programs that include education and the use of hand sanitisers reduced hygiene-related healthcare claims by more than 20 per cent.