A thrifty mum from Australia shares the secret to feeding her family on a very tight budget.

Thrifty CJ Flack has revealed her secret to feeding her family for just $15 AUD or £8 a week.

The mum from Brisbane, Australia has an incredible home made food hack that can feed her entire family for the small price tag. CJ, 32, spends the first Sunday of each month cooking up a storm in her kitchen to prep for the month and makes big savings because of her forward planning.

In just four hours, the mum-of-one and step mum-of-one whips up an entire month’s worth of breakfast and lunch for herself and her daughter Kitty, 12, and stepson Cooper, seven.

The innovative mum, who works from home selling party supplies, reveals that she turned to food prepping two years ago when she got sick of rushing around each day to prepare meals for her kids from scratch.

But despite food prepping well in advance, she still likes to mix up what she makes and creates yummy dishes for her kids including vegemite scrolls, mini pizzas, sausage rolls, veggie meatballs and fruit jelly cups.

CJ’s jaw-dropping photos of her inspirational food prep have made waves online, inspiring parents across the world and racking up thousands of likes and comments. CJ, who only food preps for her kids and not her partner, said: “It used to be such a stress trying to figure out what the kids were going to have for lunch every single day. 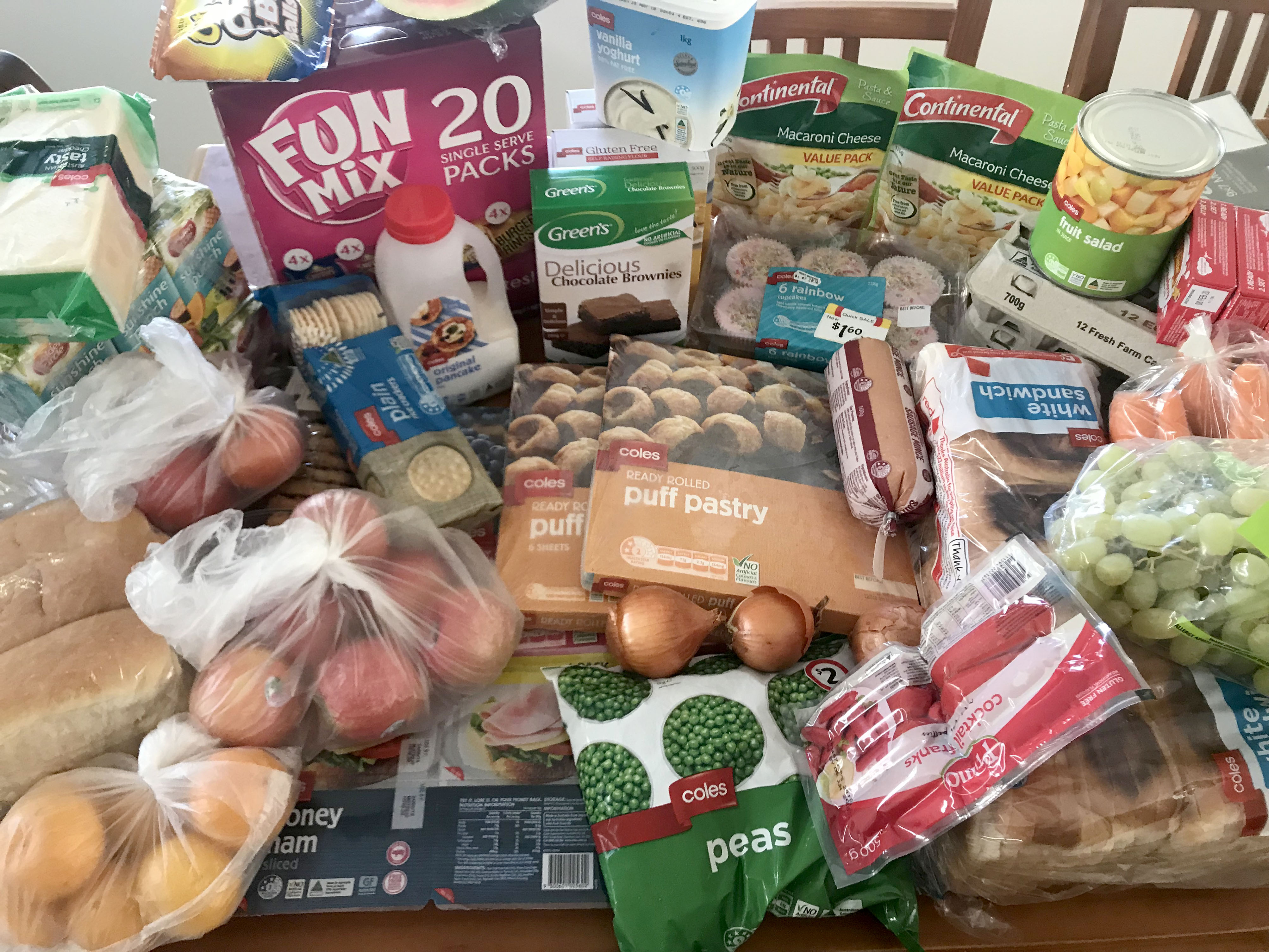 CJ buys her food in bulk at the start of the month | Picture: Caters

“I just got tired of putting their lunches together each night. It became such a chore.

“One day I just had this idea of making their lunches a week in advance, to save time and effort.

“I went to the supermarket and bought little containers, and while cooking the Sunday roast, I made a week’s worth of lunches.

“Eventually I decided I could save even more time If I made a fortnight or a month’s worth of lunches in advance.

“Then I realized that breakfast could be prepared in advance too, which is great because I’m not a morning person and the kids get bored of cereal and toast.

“Now I’ll make a month’s worth of breakfast and lunches for the kids and me, and it’s made life so much easier.

“I even got a cheap second hand fridge just to keep all their breakfast and lunches in, which has been such a lifesaver.

“I just need four hours on a Sunday, and I find it really relaxing.

“It only costs me about $60 for the entire month for breakfast and lunch for the three of us. Most of it gets frozen, and nothing ever goes to waste. “It also enables me to make sure they’re eating healthy without the horrid normal lunch snacks they sell at the shops.

“I try and make sure they have lots of fruit, hidden vegetables in the baked foods, good dairy intake and healthy carbs for energy.”

CJ cooks up her batches of healthy homemade lunches, snacks and breakfasts each Sunday and seals them in containers before freezing three quarters of them. 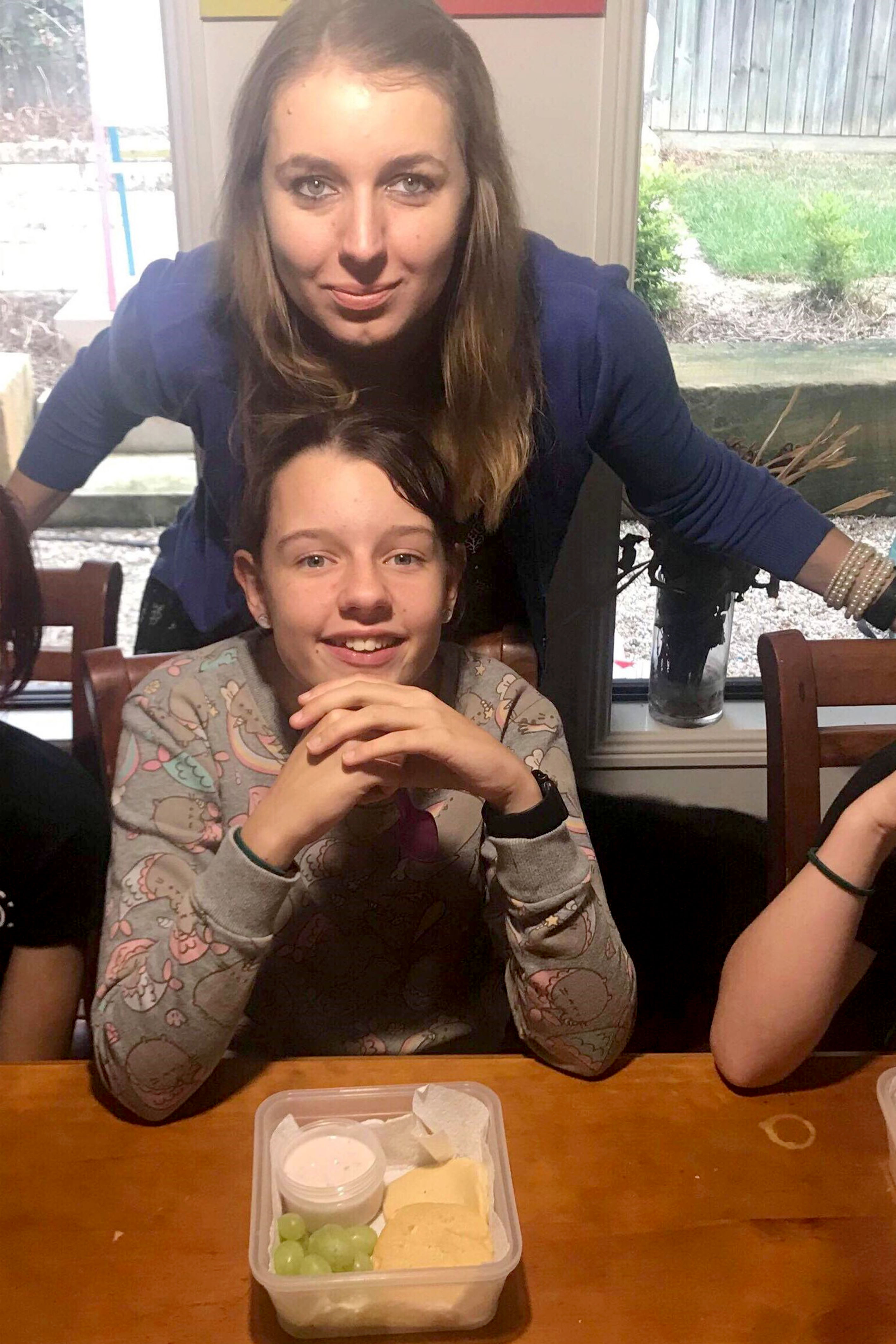 CJ bulk preps her kids meals at the start of every month | Picture: Caters

She said: “I post a photo to Facebook of my food preparation and it soon got over 1,000 likes and heaps of positive comments from people saying what a good job I was doing. It was so nice to hear.

“The kids love it. I try to involve them as much as possible in the planning and prepping process, so that I will know they will eat it.

“Some of my friends think I’m a little crazy, but I love cooking and baking so it’s enjoyable for me to do.

“But I know this might not work for everyone. Not everyone wants to spend four hours prepping, or go straight to the kitchen to cook.

“Some people don’t have the time or energy for this kind of thing, which is totally understandable.

“But it’s worked really well for us, and saved us lots of time and money in the long run.”