Hedgehogs are at risk of extinction within the next ten years

One in five British mammals are facing extinction within the next decade, but there are ways we can help protect them.

Experts have warned that red squirrels, rabbits, water voles, Scottish wildcats, black rats and hedgehogs could soon die out - changing the face of British hedgerows, woodlands and rivers for ever.

Hedgehogs used to be a common sight in gardens up and down the country, but now sightings are few and far between.

This is due to a serious decline in population, which is leaving these prickly creatures on the brink of extinction.

Much of a hedgehog's natural habitat is being demolished to make way for houses, roads and shopping centres, leaving the creatures exposed to an abundance of dangers, and without proper shelter.

However, there are small things we can all do to try and slow the rapid decline in hedgehog population and help save the creatures.

1. Leave out food and water

You can leave a shallow bowl of water in your garden for hedgehogs to drink from. This will act as supplementary feeding when their preferred diet of creepy-crawlies is scarce.

Hedgehogs are also akin to enjoying meat-based wet dog or cat food - or you can even buy actual hedgehog food to leave out.

However, these mammals are lactose intolerant, so won't take too kindly to any milk or dairy offerings. 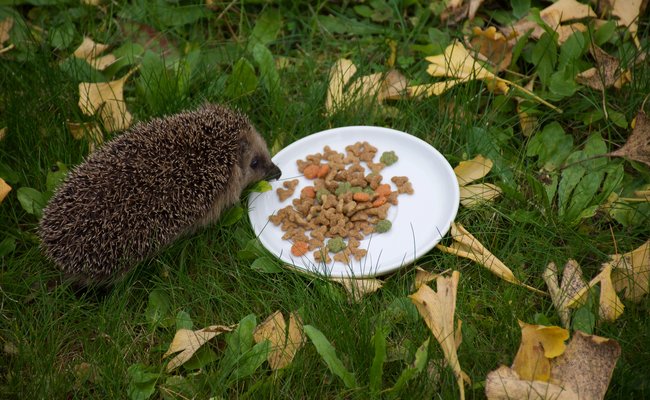 In more urban areas of the UK, hedgehogs often attacked by foxes and other large mammals - even cats will take a swipe. By making a 'feeding station' and leaving food in there, it will prevent them from being eaten.

Feeding stations can be anything that's big enough for a hedgehog to get into, but small enough to keep predators out. A den made from bricks, for example, or even an upturned plastic storage box with an entrance hole cut out. 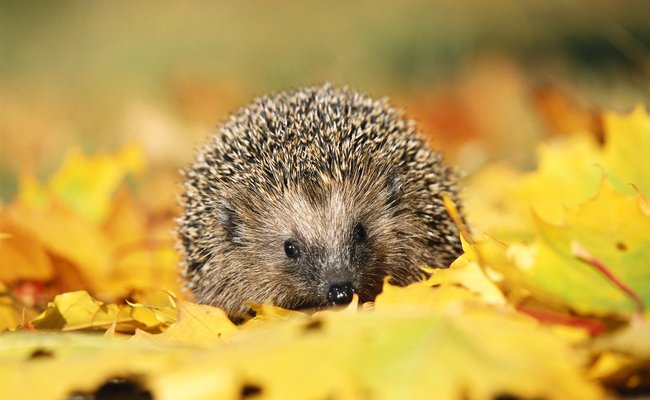 3. Leave your leaves and grow the hedges

Fallen leaves can be used as a nesting site for hedgehogs, but are more likely to provide comfortable bedding material that they'll trundle back to their residence in the foliage.

If you've got an unruly area of garden, think twice before chopping it. Overgrown corners can provide an abundance of insects and creepy crawlies that hedgehogs love to munch on, and by trimming your bushes you'll potentially rid the area of all these bugs.

Again, these areas also provide a safer haven for hedgehogs to live - plus it will give you one more excuse not to get the lawnmower out.

Hedgehogs are just one of many mammals that are facing extinction, with experts are warning one in five of British mammals will die out within the next ten years.

However, the good news is that some species have managed to bounce back in population, including deer, which lack natural predators, and otters, which are no longer being poisoned by pesticides.