This Morning presenter’s outfit becomes a huge talking point after she was accused of stealing Meghan Markle’s wedding moment.

Presenting alongside co-presenter and close friend Phillip Schofield, the 37 year old continued to flaunt her weight loss and toned figure in a beautiful summer frock designed by LK Bennett.

Costing £296, the dress has proven to be a big hit with viewers. 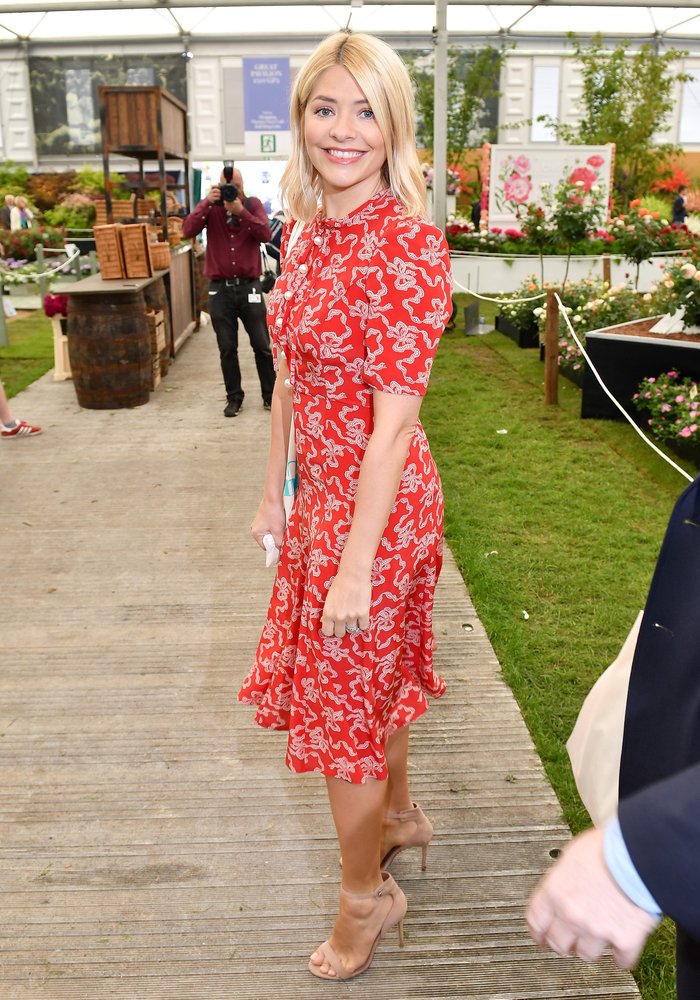 Holly’s red dress, which went to her knees, featured a delicate white pattern and pearl buttons up the front.

The mum of three completed her morning TV look with her favourite nude heels from Office. 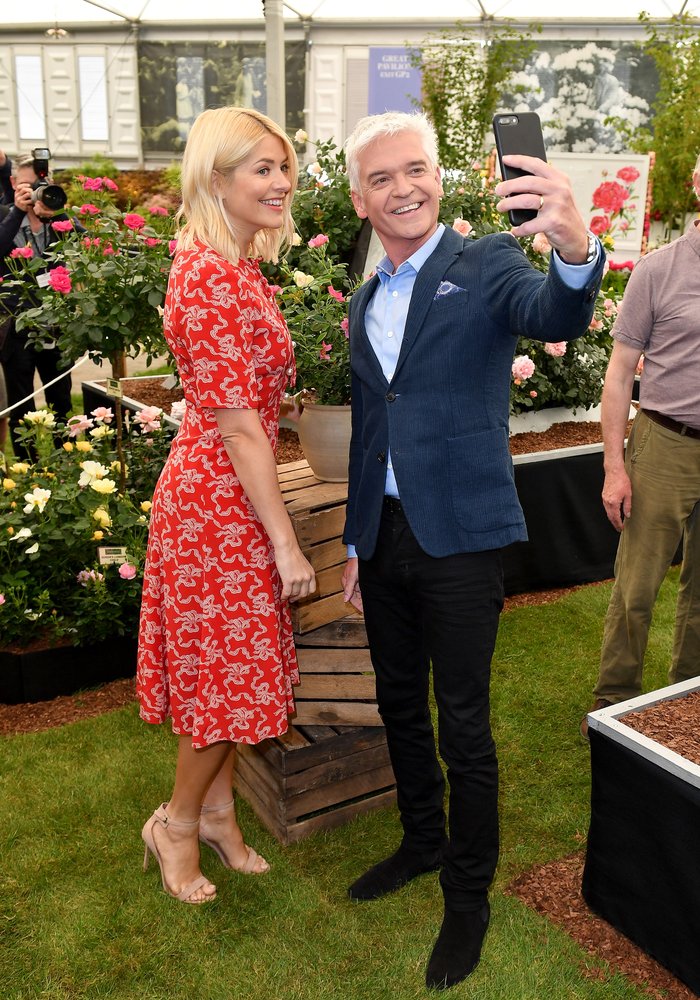 Holly’s style was a huge talking point over the royal wedding weekend too as she shared a photo of her in her wedding dress on Instagram as she also celebrated her mum and sister’s birthday.

Accused of trying to steal Meghan Markle’s big moment from the royal wedding to Prince Harry, Holly’s fans have leapt to her defence to say the dress code was “hilarious” and “brilliant”.