How Many Animals Can YOU See? This Latest Illusion Is Driving Internet Mad! 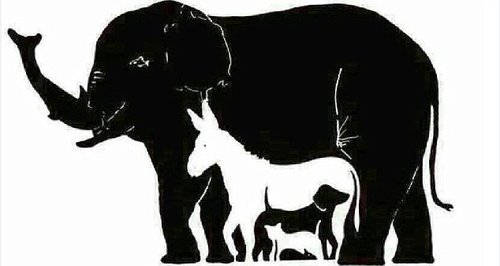 Another optical illusion is driving the internet insane as they try and find all the hidden creatures.

A mind-boggling new brainteaser, which features a variety of animals, is baffling people online as they try to work out where the wildlife is hidden.

The black and white picture appears to show a large elephant, with a number of different creature hidden into the body, and it's got us scratching our heads.

Not everyone can see them, and the post on Facebook has seen users arguing amongst t arguing for the inclusion of beasts that others can't see at all.

Answers about how many creatures it shows range from four to a surprising 16.

So how many can YOU see? 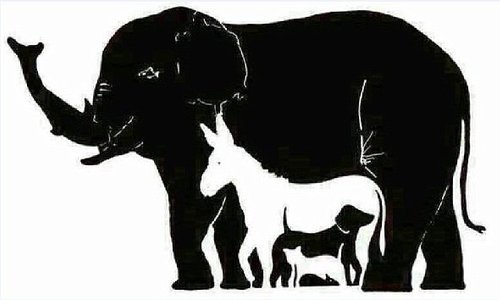 After closer look, it appears that the picture shows an elephant, a donkey, a dog, a cat, a rat, a snake, a dolphin, a turtle AND a fish.

One user claims there are SIXTEEN animals and total, and pointed them out with a nifty diagram. 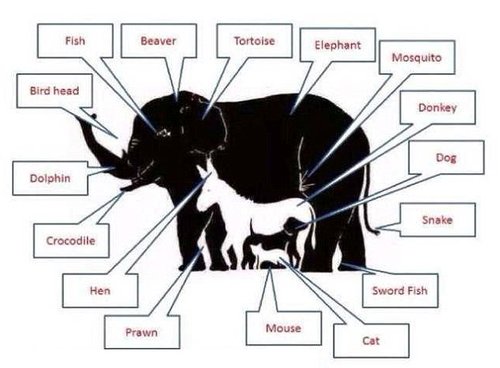 We're not entirely convened we can see everything but we'll take their word for it!