Over 200,000 Twitter followers followed the social thread to find out who stole the shrimp fried rice.

If you're lucky enough to have a work fridge where you can store your precious grub ready for lunchtime, then you're probably also not a stranger to the idea of a lunch thief either.

While having your food go missing may not be the most fun thing to happen to your day, it turns out reading about a lunch thief getting caught, is. 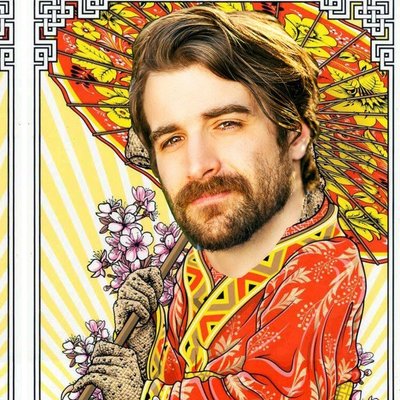 Thousands of social media lovers just couldn't get enough of his lengthy Twitter thread about his co-worker's missing shrimp fried rice and the person who got caught stealing it.

Starting off the story at 1pm on Friday, Zak explained, 'Co-worker got his lunch stolen and they’ve agreed to let him watch the security camera tape. This is the most excited I’ve ever been at any job ever. Ever.'

Co-worker got his lunch stolen and they’ve agreed to let him watch the security camera tape. This is the most excited I’ve ever been at any job ever. Ever.

While the initial tweet garnered over 277,000 likes and 4,300 comments in one day alone, Zak continued to detail the progress of the heinous crime.

After guessing that the lunch crime was a 'professional hit no doubt', turns out the shrimp fried rice thief was a little closer to desk than he thought - the lady sitting next to him in fact. Ludicrous!

So the man who’s lunch was stolen sits across from me. The person who stole his lunch sits RIGHT NEXT TO ME! She left for the day before the investigation started

According to the video, this psychopath DIDNT EVEN EAT THE FOOD. She took it out of the fridge and threw and buried it in the trash

And to add salt to the wound (and empty stomach no doubt), she didn't even eat the thing!

Zak added, 'According to the video, this psychopath DIDNT EVEN EAT THE FOOD. She took it out of the fridge and threw and buried it in the trash.

'Her motives remain completely unknown. In lieu of what he saw on the tape he has decided to not to press the matter anymore. I can’t say I blame him. We don’t know what this women’s fully capable of.'

Zak's thread, made up of 23 tweets went viral with thousands of tweeters locked in to the end to read about the lunch thief's chilling reaction afterwards.

Read the rest of the story below.

From the moment she walked in, I’ve just been staring at her. Watched her open her email and now she clicked on the goddamn HR email! Holy fuck strap in - here we go!

!!!! After seeing the HR email she says out loud “woah. Someone stole a lunch? Who would do something like that?” !!! I may have to run out of this room

After she said that, shrimp guy responds “well yea it’s not ok to throw someone’s food away” we’re all about to start screaming

She has simultaneously denied her involvement AND called the guy who saved her job a snitch!!!!!!!!!

I’ll keep updating if anything else occurs but all I can say is that EVERYONE in the office from the janitor to the founder knows what she did. She now carries an invisible scarlet letter