This New Version Of Monopoly Encourages You To Cheat!

It even comes with a set of handcuffs!

Ah Monopoly. Does anyone ever actually play it without cheating in some form or another?

A cheeky swipe of a bank note here, and a little nudge of a playing piece there... it happens.

With an average game of Monopoly lasting anywhere between 1 day and 1 week*, the makers of the board game have decide to up the ante and throw a new angle into the mix - actual opportunities to cheat.

(*we may have exaggerated the average playing time slightly...) 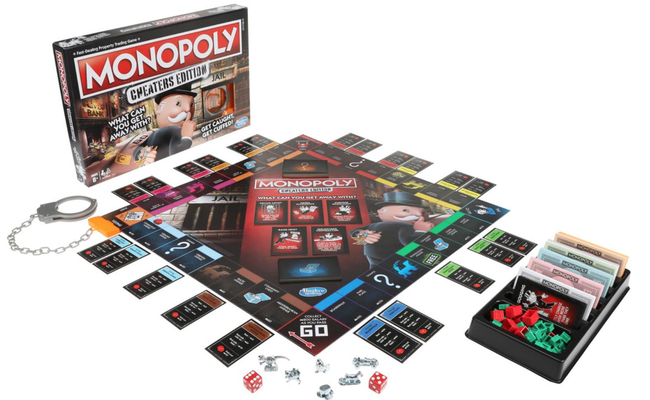 Called 'Monopoly Cheaters Edition', this new version contains all the elements you'd expect in a normal game of Monopoly, but with the addition of 15 cheat cards.

5 of these cards can be placed in a new designated area in the centre of the board, and any player can then pick up a card at any point in the game and try to fulfil the 'cheat'.

Some of the cheats look a bit like this: 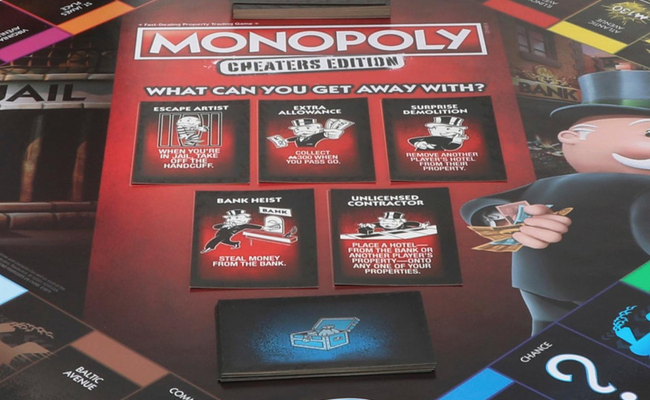 However, cheating is all well and good until you get caught. And Hasbro, the makes of Monopoly, have thought of this.

If you fail at the cheat task, you have to suffer the consequences, and each cheat has a specific punishment.

BUT, on the plus side - if you succeed, you get rewarded! (And you get to be extra smug that you fooled everyone in the process). 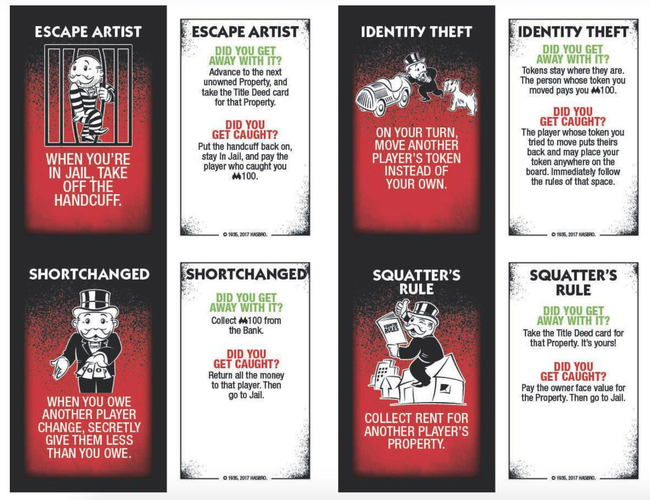 If you're thinking that some of the cheats would be easier for the banker, Hasbro have scrapped the designated banker role, so it's all level peggings in the quest for being super sneaky. Instead, players are in control of the bank on their turn.

This idea comes from a study by Hasbro, which revealed that nearly half of all Monopoly players attempt to cheat at some point during the game.

Senior Vice President of Hasbro gaming Jonathan Berkowitz told Insider: "We've finally decided to embrace our less-than-honest fans by encouraging them to partake in those iconic (yet sometimes unspoken) Monopoly moments that occur during family game nights. We're excited to see what fans can get away with and how they'll react to the new sneaky twists in the game."

The Monopoly Cheater's Edition will be available later this year. One thing's for sure - those family feuds are going to get even MORE intense!