Mum's fury after seeing friend give her daughter, 4, a sip of wine

A 'disgusted' mother who stormed out of her friend's house after she saw her give her daughter some of her alcohol has sparked debate.

A mother has sparked a lively debate online after saying she was disgusted at witnessing a friend give her child a sip of wine.

The woman posted on popular website Mumsnet to deplore her friend's actions.

Saying she was 'disgusted and upset' by what had happened, she took to the forum to ask if she was being unreasonable.

The poster, called RoseGardenDreams, wrote: "Aibu [Am I being unreasonable] to be disgusted and upset by this? At a so-called friends house last night and the 4 year old was begging to try some (and said it in a way that means she's clearly tried it before as she said it makes her laugh) and he just let her.

"I was too shocked to say anything but we made our excuses and left."

Her post resulted in a flood of responses with mixed views on the situation and her response.

Read more: Is it ever OK to tell a child they're overweight? 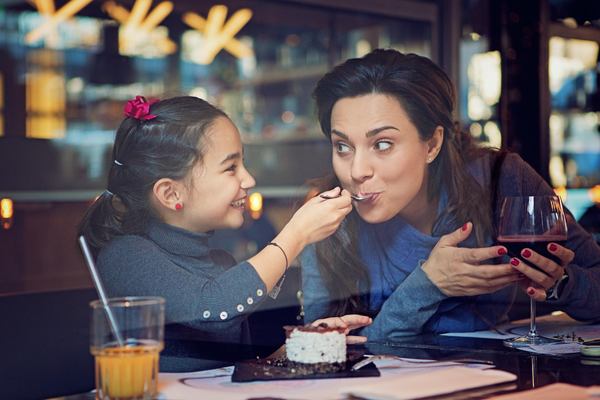 One poster, called BlueBug45, wrote: "It's actually illegal to give an under 5 alcohol. Their bodies are simply too small to metabolise it effectively and it could poison them. I personally am not disgusted but would tell the parent off.   6+ year olds if they want a sip I would let them and ignore it as most kids find alcohol disgusting. My first drink was Guinness and it was so horrible it put me off trying any again until I was 13."

Another, called MummySparkle said: "What's so wrong with that? My 4 and 5 year olds have often had a small sip of wine, beer etc. They've usually found it disgusting but we always encourage them to try a little bit of things."

Meanwhile, a forum member called LovingLola took more of a hardline on the subject: "Some people are just crap parents. And parents who allow their preschool children to have sips of wine fall into that category.  How would they respond if the 4 year old asked for a puff of a cigarette?  Or a sniff of a line of cocaine?   Alcohol is a drug."

The original poster replied later on, saying: "Growing up with an alcoholic as a mother I suppose I'm hypersensitive to things like this and 'disgusted' is probably the wrong choice or word. I was uncomfortable staying there with my dd as I didn't want her to think that it was acceptable to try alcohol at such a young age. I just think it's so wrong and completely pointless."

She also explained that she hadn't left in a huff and her daughter wasn't aware of how upset she was.

Read more: Is it ever OK... to secretly track your teen using their iPhone? 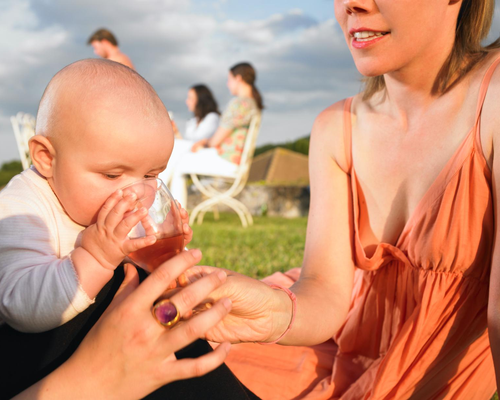 The debate is one that is always bound to polarise opinions, but in this case the poster's response was perhaps a little excessive.

According to drinkaware.co.uk it is not illegal for a child aged five to 16 to drink alcohol at home or at private premises.

The website also offers guidance on giving children sips of alcohol, saying: "There’s lots of debate about whether it’s OK to let children have a small amount of alcohol to try – some people call this the continental approach. But there’s no scientific evidence to prove this gives children a responsible attitude to drinking in later life3.

"It may be tempting to offer your child a sip of alcohol on special occasions so they don’t feel left out. This could send mixed messages about whether they are or aren’t allowed to drink.

"Of course, children are naturally curious, so they’ll probably ask you questions if they see you drinking and want to try some. Rather than offering them a sip, use this as a chance to talk to them openly and honestly about the facts."