'Pony parties' that let kids scribble on horses are all the rage... but is it cruel?

Animal rights groups are campaigning to get the new party craze banned.

A recent trend for hiring horses for kids' parties so they can be painted for entertainment has come under fire from animal rights campaigners.

Several outraged members of the public have spoken out, saying the practice is cruel to the animals, objectifying them and teaching children that they are mere playthings.

Sophie Tomlinson, a jewellery designer from Manchester set up an online petition on change.org calling for the practice to be banned and it has been signed by over 60,000 people.

Jacqui Martin agreed: "Strikes me kids should be taught the proper place for drawing is on paper not on beautiful animals - are parents so unable to provide stimulating and exciting play and entertainment these days.

"Don’t know who is worse here parents for actually encouraging children to ‘paint a pony’ - or even think painting a pony is OK - or the owners of said ponies who allow their animals to be treated like this in order to make money."

And Helena Toohey described it as 'disgusting', adding: "Plus what sort of patents thinks this is OK. I would only every want my kids to see animals happy in their own surroundings. How can you justify telling your kids it's OK to colour in any animal. Sick."

Animal rights group People for the Ethical Treatment of Animals, or PETA UK, have waded in saying that parents need to be reminded that ponies and horses 'aren't party props'.

Down in Devon the Miniature Pony Centre has spoken out against the trend, although they provide a more controlled version themselves.

Manager Kris explained the differences between the services they offer compared with the ones that campaigners are up in arms about.

She said: “We have some ponies, they are grey as they are best to paint on. But the pony painting is very different. We use pony paint which is a vegetable dye chalk based and there is nothing toxic in it.” 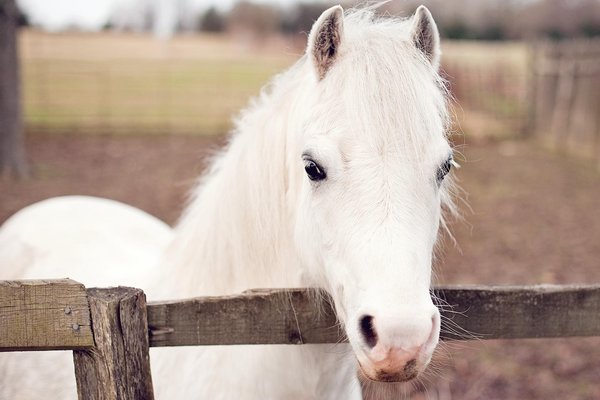 Is it cruel to use ponies as a blank canvas at kids' parties?

Unlike the controversial parties in question, where children paint and draw the ponies themselves, the Miniature Pony Centre say they do not allow children near the pony while they are painted.

Kris added: “Our ponies will be painted away from customers by staff, in a stable, so the children don’t go and touch them. Afterwards they are bathed so paint comes out. The children have no contact with the ponies. They can have a photo taken with the pony which is optional. Painting is not dangerous at all, it’s no different to grooming or bathing them.”

And, in defence of the practice, some experts say that horses enjoy human interaction and that what takes place at the parties is akin to 'grooming'.

Tony Tyler, deputy chief executive of the charity World Horse Welfare told The Guardian: "While painting any animal is not to everyone’s taste, we do not feel there is a welfare issue, provided the ponies involved are not showing any signs of distress and the paint used is non-toxic. Many horses and ponies greatly enjoy human interaction and attention. If a pony was not of a suitable temperament, then it should not be used for this role.”

Lucy Grieve, the chair of the ethics and welfare committee of the British Equine Veterinary Association, told the newspaper: "As long as the paints don’t cause any harm to the animal, there doesn’t seem to be any cause for concern.

"What is more important is making sure they are well looked-after otherwise – they are fed and watered and get rest periods without children being around them the whole time.”