Mum begs for advice after son, 12, has his lunch stolen by 'classmate on a strict diet'

The mum writes a classmate of her son's - whose parents have put him on a strict diet - has taken to stealing food from other kids.

A mum claims that "a child on a diet" is stealing her son's packed lunches... and she's not sure what to do.

The anonymous mum sent a letter to Mamamia.com.au to ask for advice about how to deal with the sensitive situation.

She explained: "This is a story of a mum who’s worried about her child’s weight, so is denying him food he will actually eat at school.

"With the consequence that the child is taking food from other kids.

"I first learnt about this happening when my son, who’s in year six, came home a couple of weeks ago and said, 'Alex keeps taking my food at school'.

Read more: Is it ever OK... to tell a child they're overweight? 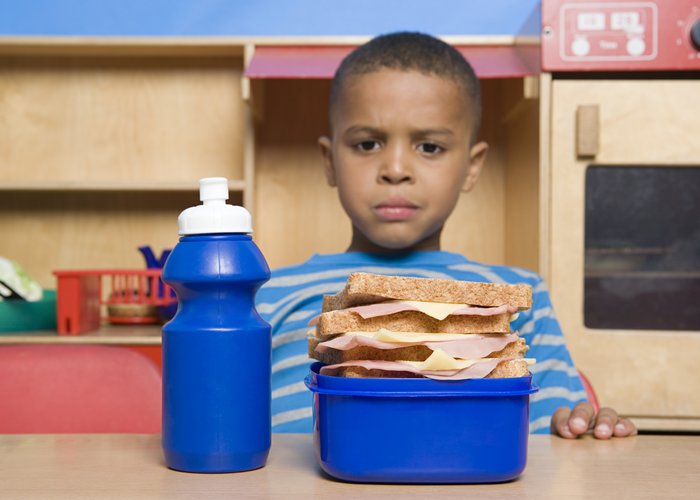 The mum was upset to find out her son was going hungry (Image: Getty)

"I asked my son to explain exactly how this had occurred. 'When we all sit down to eat, he doesn’t have a lunch box, and just goes around in the circle looking in people’s lunch boxes. And he just takes what he wants.'”

She continues that she used to be friends with the 12-year-old lad's mum, who she describes as a "tall muscly strong kid that knows how to exert his physical presence to get what he wants".

And it is because of this friendship that she knows that there is more to this scenario than a kid bullying others for their snacks and sandwiches.

Alex's mum previously told her she was "having problems" with her son eating too many sweets, and she was worried he would end up obese like his dad.

The concerned mum added that she feels bad for both Alex and the children he is stealing off, as it is clearly because "he's feeling deprived."

She said: "When my son told me that this poor child is so hungry that he's demanding food from other kids, I wanted to call his mum to say, 'Hey, those carrot sticks you're sending him? That lunch box that's just got a plain boiled egg and celery? It's not working!'

"My son is going hungry because of your son, I want to say. My son is worried every recess and lunch time about his own food being taken.

"If you couldn't afford food, I would happily send along two lunch boxes, every day. But my son is starving, because of your choices.

"At the end of the day, it's my job to protect my son. I didn't know how I could possibly raise this with Alex's mum without it going pear-shaped, so I told the school.

"I'm sure, soon, my son will be able to eat his lunch in peace. I can only hope the same goes for Alex."

How would you handle this situation? Tell us in our poll below.