This phenomenon hasn't happened for over 150 years!

An incredibly rare opportunity to witness three lunar events in one go will happen this Wednesday, January 31st.

The Super Blue Blood Moon combines the second full moon of the month with a supermoon during a lunar eclipse.

What do you get when you have a supermoon, which also happens to be the 2nd full Moon of the month, passing through Earth’s shadow during a total lunar eclipse? A Super Blue Blood Moon! Catch this lunar trifecta coming our way on Jan. 31: https://t.co/iPfq9g9iRk pic.twitter.com/CvGfpTsA0C

If the very thought of that boggles your mind, here's each scenario broken down:

Full Moon
A full moon is pretty self explanatory - the moon looks whole in its appearance as it is completely illuminated by the sun's rays. A full moon happens every 29.5 days, so this in itself is something most are familiar with.

Supermoon
This is when the moon looks considerably larger to the naked eye, due to the combination of it being at its closest approach to the earth (known in science-terms as 'Perigee') and that coinciding at the same time as the full moon.

Lunar eclipse
The moon looks dark as it passes into the Earth's shadow.

Combine all of the above and you get the incredibly rare Super Blue Blood Moon - which has not happened since 1866! 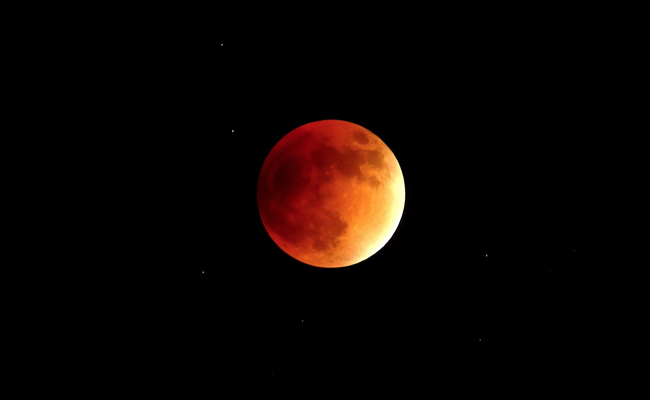 The Super Blue Blood Moon will not actually have any blue colouring to it; the "Blue Moon" is the name given to the second full moon of the month. What we'll actually witness is an incredibly large, bright moon with an orange/red hue to it - hence the "Blood Moon" part of the name. This colouring comes from the shadow created by Earth.

On Jan. 31, 3 lunar events will come together in an unusual overlap that’s being called a super blue blood moon. See how this celestial rarity will help @NASAMoon scientists observe what happens when the lunar surface cools quickly during a lunar eclipse: https://t.co/5keRakwhUk pic.twitter.com/x9jhb5foVY

Experts say that the best time to catch the celestial wonder is 12.51pm GMT. However there is one teeny tiny snag - the U.K won't be able to witness the Lunar Eclipse part of the trilogy, as we're on the wrong side of the world (hmph). But, fear not, we'll still get to marvel at a beautifully large bright moon, with an impressive red tint to its surface.

Luckily NASA have got our backs, so if you want to see the phenomenon at its best, you can view it via their live stream here, which will kick start at 10.30am in the UK - or you can tune into NASA TV to catch it.

READ MORE: These Are The Dates To See The Best Natural Phenomenons Of 2018

But if you are keen to see as much as you can first hand, make sure you head out to an open space that has minimal light pollution. Ensure that you have a nice clear line of vision and enjoy the feeling of being a tiny little speck in a wonderfully mind-blowing universe!

WATCH! Nature's Most Awe-Inspiring Moments Of 2017: