What Colour Are These Shoes? The REAL Answer Has Everyone Baffled!

A new item of clothing has the nation divided more than Brexit, as they debate the colour. What do you see? The truth is finally here.

A new optical illusion is taking the internet by storm and has everybody arguing over a pair of trainers.

Facebook user Nicole Coulthard recently discovered a screenshot of a trainer, but no one can seem to decide on what colour the shoe really is and it's causing some serious arguments.

What we do know is that the trainers appear to be recognised in two different colours, turquoise and grey while others appear to see it as pink and white! 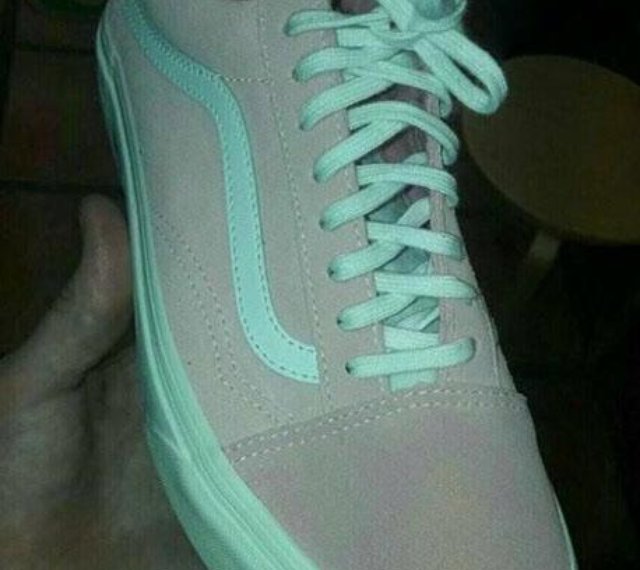 Posting on Girlsmouth, a Facebook group, Nicole shared the snap alongside the caption: "Ok girls so my friend has just sent me this asking what colour the shoe is, I would say pale pink and white, but she insists its pale blue and grey.

"What do you girls see? Please tell me pink and white!"

Much like 'the dress' a few years back, the shoe is quickly becoming the topic of debate but nobody is clear on just what colour the show is supposed to be.

What color is this shoe?
Please tell me y'all see pink and white too?#thedress #theshoe pic.twitter.com/KvnJMWncVw

How are people saying turquoise The shoe is pink pic.twitter.com/VmiyyIdOWd

After going back and fourth, it seems as though there is finally an answer to the madness.

Nicola told the Metro that the trainers belong to her friend and that in reality, they ARE pink and white!

We still don't see it!

look this is what the shoe is supposed to look like without the green colour cast pic.twitter.com/xYewAXb3u4

She explained to the website that the confusion first began when her mum complimented her on her new "blue" shoes.

If you cast your mind back to 2014, you will probably remember when a simple dress divided the nation more than Brexit!

The entire nation was in uproar as to whether or not the dress pictures was blue and black or gold and white - and it became so famous that it has since been used by neuroscientists in research over colour perception!

We're still team green! No matter what the owner says!