Royal Mint have released a rare new coin to mark the 100th anniversary of the First World War Armistice.

A brand new five pound coin engraved with the words “the truth untold the pity of war’” has been released this week by Royal Mint.

Designed by Laura Clancy, the new coin features a stunning piece of artwork in the form of a poppy design, symbolic of the resilient and determined poppies that grew amidst the chaos in the valley of the Somme.

If you want to get your hands on the coin you'll need to be quick as there are only, 1,500 of the coins have been printed.

These rare coins will not enter circulation, but are being sold for £14 in partnership with the Royal British Legion. 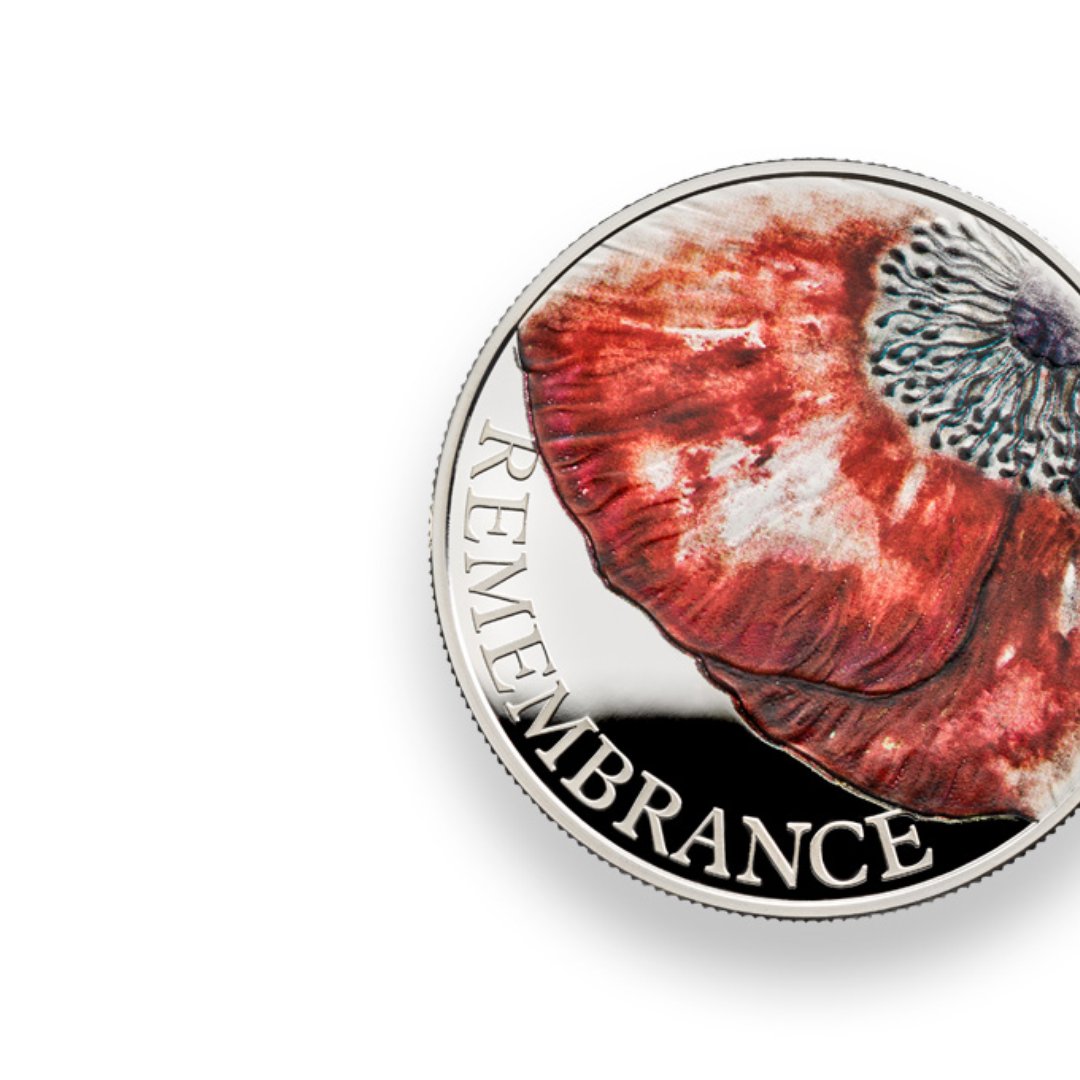 Since the release, 26 coins have already been listed on the popular auction site, which some selling for up to £179.20.

Meanwhile, 50p coins are being sold on eBay for up to one hundred times their face value as collector's attempt to snap up a rare Battle of Hastings coin.

According to The Sun, the commemorative design has been sold on eBay for an eye watering £5,000.

If you weren't lucky enough to get your hands on one of those, then you might want to keep your eyes peeled for the rare Kew Garden's design from 2009.

This is another coin proving popular on being eBay and features the botanical gardens famous Great Pagoda on its face.

It might be worth double checking the small change rattling around in your wallet as this particular design is currently on eBay for £140, a whopping 280 times its face value.

Read more: These rare 20p coins are worth a fortune 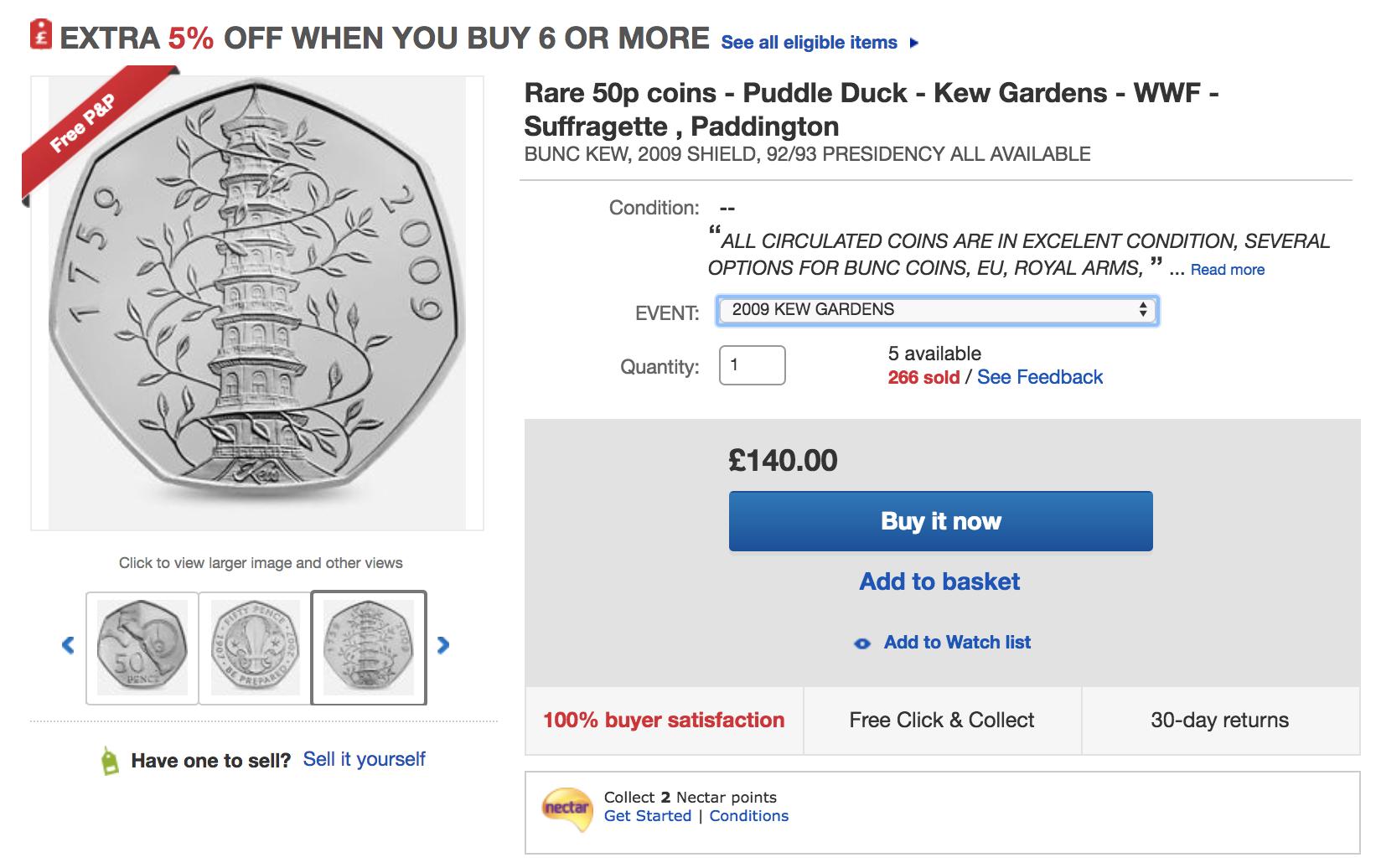 The Kew Gardens coin is currently listed on eBay for £140 | Picture: eBay

The general rule is the rarer the design, the more valuable the coin but if you have any doubts at all handy website changechecker.org can help you see if your pretty pennies are worth a pretty penny.

Other sought after coins to look out under the sofa include a Jemima Puddleduck design, a London 2012 Olympics football design depicting the offside rule and a commemorative Sir Isaac Newton Coin.

Change checker has pictures of all the coins to look out for so you can be sure when you've found one worth selling!