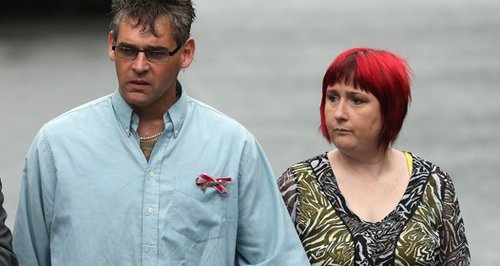 The father of murdered five-year-old April Jones is going to run a 10k race in London in her memory.

April was snatched by paedophile former lifeguard Mark Bridger from outside her home in Machynlleth, mid Wales, in October 2012.

He was sentenced to a whole life term for abduction and murder.

April's body has never been found and during his trial Bridger refused to say what he did with her remains.

Rachel Edwards, sister of missing Manic Street Preachers guitarist Richey Edwards, and Peter Lawrence, father of missing chef Claudia Lawrence, will also be at the event to show their support for the runners taking part, the charity said.

At Miles for Missing People, supporters will join families in the search for their missing loved ones by wearing appeals on the backs of their running vests.

Now in its sixth year, the event generates funds that allow the charity to support the 250,000 people who go missing every year and the families suffering the heartache of missing a loved one.

Mr Jones said: "We know first hand the feeling of absolute despair when someone you love disappears.

"I'm taking part in Miles for Missing People this year so we can continue our work supporting the charity.

"The support they provided us with when April was missing was vital and we want to help them continue to be a lifeline."

Places are still available for the event.

They can also sponsor Mr Jones at www.justgiving.com/Paul-Jones10k.