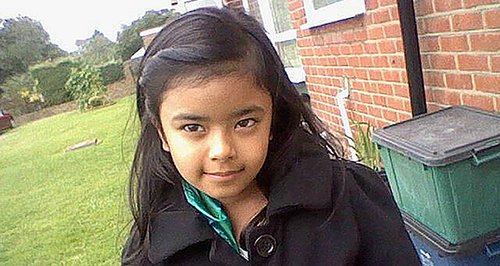 A mother from east London who abused and killed her daughter, 8, while under the spell of her sadistic girlfriend has been jailed for 13 years.

Polly Chowdhury, 35, and Kiki Muddar, 43, were convicted of the manslaughter of Chowdhury's daughter, Ayesha Ali, whose body was found at their home in Chadwell Heath, east London, covered in more than 40 injuries, including a bite mark and carpet burns.

Their Old Bailey trial heard that Muddar created a fantasy world of alter egos on Facebook and text messages to seduce Chowdhury and turn her against her daughter because she saw her as a threat.

Jailing Mudder for 18 years, Judge Christopher Moss QC said she bore the lion's share of responsibility for Ayesha's death, describing her as a "manipulative, wicked woman".

He told Ayesha's mother she had "disgracefully failed" in her fundamental position of trust to keep her daughter from harm.

The judge said Muddar deliberately "tore apart" Chowdhury's family by constructing an "extraordinary web of deceit and lies" through her alter egos, Jimmy and Skyman.

In the months leading up to Ayesha's death, the little girl was subjected to a "life of cruelty and misery that defies belief" which in his view amounted to torture.

Judge Moss paid tribute to the "courage and personal restraint" of Ayesha's father Afsar Ali who as a witness had to learn the disturbing details of how his daughter died as the case unfolded in court.

He also highlighted the painstaking police investigation which discovered a situation which could only "astonish and horrify" anyone listening to the trial.

While the judge said the evidence made it clear that Muddar was responsible for inflicting the fatal head injury to Ayesha, they had both taken part in the abuse, which involved terrorising Ayesha in the night by wearing "vile masks".

The court had heard how Muddar brainwashed Chowdhury into believing that Ayesha was possessed and needed to be physically chastised.

She told the solicitors' admin worker that Ayesha was "evil" and had "bad blood", and repeatedly encouraged her to discipline the child.

Muddar bombarded her with more than 40,000 texts, telling her: "You have no right to ever love or like your evil daughter."

In a recorded phone conversation with a friend the month before the killing, Muddar described Ayesha as "pure evil" and a "witch" and threatened to drown her in the bath.

Days before the killing, the couple, who were both horror film fans, terrorised Ayesha in the night by taking it in turns to wear a scary mask.

They also made her write a list of things she had done wrong, which included "huffing and puffing", "telling lies" and "being rude".

The abuse came to a head on August 28 2013 when Ayesha was killed. Chowdhury told the court that Ayesha was hurt while Muddar was giving her a cold bath as punishment for wetting herself.

However, Muddar's defence was that she spent the night at her parents' house, although a pathologist said she could have died hours before.

On the morning of August 29, Muddar returned home and dialled 999 to report Chowdhury had tried to kill herself and that Ayesha was dead.

Paramedics discovered the child "cold and stiff" in her bedroom, dressed only in a pair of pink pants. Although the cause of her death was a head injury, she had suffered more than 40 injuries, including a bite mark and carpet burns.

Chowdhury had left a series of notes, appearing to admit to the killing, saying: "I have taken my life and Ayesha's life".

Meanwhile, Muddar reacted dismissively when she told a paramedic: "She was a naughty child and mum thought she was possessed by the devil."

During the course of the investigation, police uncovered Muddar's web of deceit and lies when the recovered her recorded phone calls, text messages and Facebook messages.

Among her fake personas was Chowdhury's cyber boyfriend Jimmy who she pretended she was channelling when the couple had sex, and a Muslim spirit guide, Skyman, which she used to prey on Muslim Chowdhury's religious belief in ghosts and messages from beyond the grave.

Muddar, of Green Lane, Ilford, and Chowdhury, of Broomfield Road, Chadwell Heath, both denied murder, manslaughter and causing or allowing the death of a child between March 1 and August 29 2013.