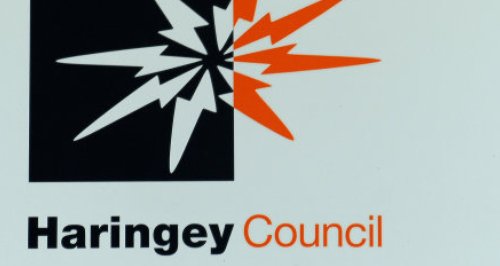 The London borough that let down Baby P has admitted more could have been done to protect an 11 week old baby abused or neglected by its relatives.

The child was unable to move its left arm and was taken to hospital, where doctors discovered they had a fractured arm and several possible old rib fractures.

The family had a "history of violence", including suspected drug and gang activity, and was well-known to children's social services.

Haringey Council, in north London, have admitted more could have been done to protect the vulnerable baby.

Sir Paul Ennals, chairman of the Haringey Local Safeguarding Children Board, said: "Collectively, we sincerely regret that there were several areas where we could, and should, have done better.

"With hindsight, there were many episodes during D's first three months, and earlier during the child's mother's pregnancy, when front-line staff could have acted differently.

"We cannot say that if they had done so, the abuse would not have happened. But we can say that many of our agencies could and should have responded differently."

The report found the baby's mother, known as Miss F, was "vulnerable", had suffered neglect and violence, and had been taken into care.

She was just 17 when she became pregnant, and the baby's father, known as Mr H, was 34.

Along with its mother, the baby lived with its grandfather, known as Mr J, and 14 year-old uncle Child L - who both had a history of violence and criminal behaviour.

Baby D was seen by hospital doctors on 29 April 2013 and found to have a fractured left arm and five old rib fractures, believed to date back to when the baby was just one month old.

The baby's parents were arrested for neglect and causing or allowing grievous bodily harm to take place, although the criminal case against them was later abandoned following problems with a key witness.

Baby D was taken in to care. The court was unable to say who had inflicted the injuries, but found there is "real possibility" the baby's mother, grandfather or uncle could have been the perpetrators.

Despite being well known to the authorities, the SCR found that social workers failed to appreciate the possible danger the baby was being exposed to.

The report states: "Despite the plethora of information, risk factors and family history, professionals treated this as historical and not relevant to the current situation."

It also criticised a lack of information sharing between agencies and said a "culture of meeting targets and timescales has resulted in a lack of critical analysis when conducting assessments".

Haringey Council's children's services were heavily criticised for not doing more to protect him.

A Haringey Council spokeswoman said: "We accept the findings of this independent review, which makes it clear that the different agencies involved in this case could and should have taken more robust action to protect the child, and we are sorry that this did not happen.

"We're pleased that we were able to take positive action to find the child a successful care placement."

She said the council and health services are working more closely together in the wake of the case.

A spokeswoman for NHS England said: "There's no question more should have been done by the NHS in London to protect this child's health and safety and prevent these awful injuries.

"Patient safety is our number one priority which is why we have already implemented a number of changes that will strengthen current procedures, to minimise the risk of similar incidents happening in the future.

"For example, new six to eight week birth checks are now a mandatory part of safeguarding training for all GPs and nurses in Haringey. We are committed to protecting the welfare of our patients."