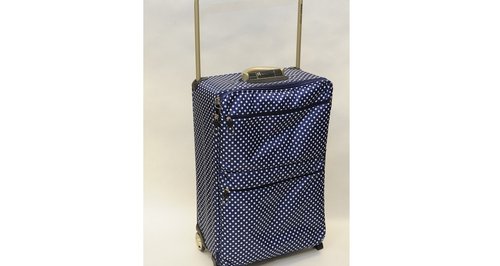 Detectives investigating the death of a nine-week-old girl in London have appealed for help in finding a discarded suitcase.

The baby, Farah Boscolo-Gnolo, was born on 22 November 2014 and reported missing by her mother last week.

Her mother, Federica, has been charged with the murder of her daughter, whose body has not been found.

The 31-year-old, from Chioggia in northeast Italy, was arrested last Thursday after reporting the infant's disappearance from a hotel in the London borough of Hammersmith and Fulham.

She appeared before the Old Bailey on Tuesday 3 February 2015 via videolink from Holloway Prison.

Police want to find a suitcase they said was thrown away in the Dawes Road area of Fulham.

Detective Chief Inspector Matt Bonner of the Homicide and Major Incident Command said: "I am appealing to the public to help us locate this suitcase that may be vital to our investigation.

"We know that it was discarded in the Dawes Road area on Tuesday, 27 January.

"It may have been concealed somewhere or simply placed in a bin or left in a street or alleyway.

"I would like to hear from anyone who thinks they have information that can assist us in locating this item.

"The suitcase we are looking for is part of a matching set and is a smaller version of the suitcase shown in the image."