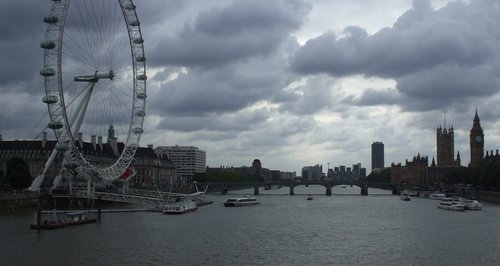 More than 500 razor blades have been dumped in the River Thames at Isleworth and it's thought more could be hidden in the mud on the shore.

The discovery, made by a member of the public on the foreshore in the Isleworth area of west London, came as a group of schoolchildren were taking part in a wildlife project nearby.

While most of the blades have now been collected there may be some still out there, Jon Beckett from the Port of London Authority warned.

"We are advising river users and members of the public generally to take extra care when they are near the foreshore of the Thames in this area.

"Although it appears that we've collected most of them, some may be hidden in the mud. Because this is a fast flowing tidal river some are no doubt already elsewhere in the river.

"If anyone finds something as dangerous as this, on or in the river, they should contact the Port of London Authority."

Jason Davey, from Berkshire, who discovered the blades as he walked along the foreshore said he warned the teacher in charge of the school group to keep the children out of harm's way.

"I couldn't believe it to be honest. I looked down and saw all these razor blades. I've no idea what was going through the mind of whoever did this," he said.