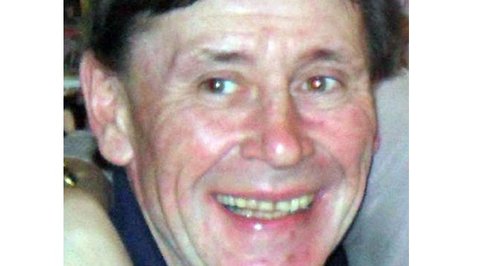 A 13-year-old boy has pleaded guilty to murdering a man after a row outside the block of flats in north London where the man lived.

The child, who cannot be named for legal reasons, has admitted stabbing 53-year-old Christopher John Barry (pictured) in Edmonton on Sunday December 14 2014.

The defendant's parents as well as relatives of Mr Barry, who was known as Jack and was originally from Cobh, Co Cork, all attended the Old Bailey for the five-minute hearing.

After being brought into the dock from custody, the boy spoke to his father briefly before the charge was put to him by the court clerk.

His guilty plea to a single count of murder was almost inaudible.

Dressed in a light blue shirt and grey school regulation-style trousers, he was remanded into youth custody by judge Anthony Morris.

The judge ordered a pre-sentence report ahead of sentencing on April 10.

Mr Barry was said to have been involved in a row with a group of youths trying to get into a party at another address in the block of flats where he lived.

He was followed into the block in The Broadway by two of the boys before being stabbed in the chest, police said.

Ambulance crews attended but he was pronounced dead at the scene shortly before 8.40pm on December 14 last year.

Detective Chief Inspector Neale Baldock, of the Homicide and Major Crime Command, who is leading the investigation, said at the time: "The victim and this group were not known to each other - what started as a minor verbal altercation has escalated into a shocking act of violence."