Bradley Cooper In The West End 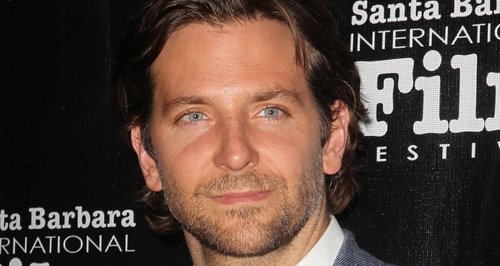 The Oscar-nominated US heartthrob, 40, will tread the boards in Britain from May in the production about the life of Joseph Merrick who lived with profound deformities. Merrick was famously portrayed on-screen by Sir John Hurt.

Cooper has drawn acclaim for the role in New York and the cast - which also includes Patricia Clarkson and Alessandro Nivola - will head to London's Haymarket Theatre.

The star was last week announced as a best actor nominee at next month's Oscars ceremony.

Cooper said. "Never did we think we would have the privilege to perform this show on Broadway, let alone in London. I'm honoured that Alessandro, Patricia, the entire company and I have the opportunity to continue to tell his story."

Cooper, famed for his roles in The Hangover trilogy of films, has had three Oscar acting nominations over the years - for Silver Linings Playbook, American Hustle and his latest is for American Sniper.

He is no stranger to the UK having filmed the forthcoming movie Adam Jones in and around London last year and he is dating the British model Suki Waterhouse.

Previews for the London production of The Elephant Man begin on 19 May 2015 and tickets have now gone on sale.

Another major US movie star has also announced his West End debut with John Goodman joining the cast of American Buffalo, which opens in London on 16 April.

The actor - whose recent movies include The Artist, Inside Llewyn Davis and Monuments Men - will star alongside Damian Lewis in the production at Wyndham's Theatre, with British actor Tom Sturridge also added to the line-up.

Goodman said: "I'm delighted to be returning to the stage, and to be making my West End debut, in such a fantastic project with two brilliant British actors both of whom I've admired for some time."