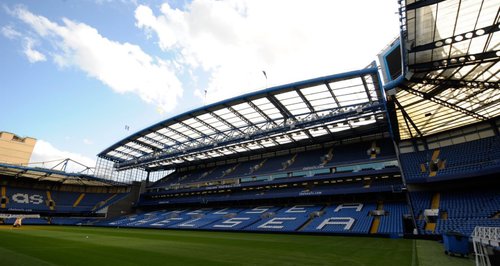 Five men have been ordered to appear in court over a video appearing to show Chelsea fans racially abusing a black man on the Paris Metro last month.

The men are due to appear at Waltham Forest Magistrates' Court on 25 March 2015 "regarding a police application for football banning orders", Scotland Yard said.

Controversy erupted last month when Chelsea fans were filmed singing racist chants and refusing to let a black man on a train ahead of a Champions League match against Paris St Germain.

A Metropolitan Police statement said the summonses were served today and yesterday.

The development comes on the day that the two teams meet in the return leg of the tie in London. They will compete for a place in the Champions League quarter-finals at Chelsea's Stamford Bridge stadium tonight.

Football banning orders are issued by courts following a conviction for a football-related offence after a complaint by the Crown Prosecution Service or a local police force, the Home Office website says.

They can last for between three and 10 years. Breaches of the orders can result in a sentence of up to six months in prison.

Footage captured by a bystander before Chelsea drew 1-1 with Paris Saint-Germain appeared to show a man being pushed back on to the platform amid chants of "We're racist, we're racist and that's the way we like it".

The commuter, identified only as 33-year-old Souleymane, said later he felt "truly wounded to the bottom of my heart".

In light of the incident, Scotland Yard said it would examine the footage to establish whether police could make an application for football banning orders.

Chelsea FC said previously it was "appalled" and apologised to the victim, while manager Jose Mourinho said he was "ashamed" of the fans involved.

Chelsea have extended their invitation to the black commuter who was abused on the Paris Metro ahead of the Champions League first leg after he declined an opportunity to attend tonight's second leg.

Souleymane S, who was blocked by Chelsea supporters from entering a train on February 17, did not wish to travel to London after receiving an invite from the Blues.

"I don't want to sit in that stadium next to those people who pushed me," Souleymane S, who declined to reveal his surname, told RTL radio.

A Chelsea spokesman said: "We appreciate he doesn't want to come to this particular game, however, our offer remains open and we hope he'll take us up on it so he can meet real Chelsea fans and experience the true spirit of the club."