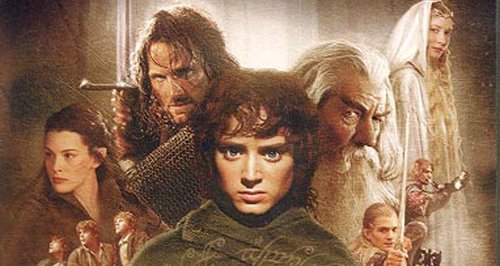 Police say they've pulled over a van driver who was watching a Lord of the Rings DVD while travelling at 60mph on the M25 in Surrey.

The man in his 30s from Guildford was at the wheel of a blue Ford Transit van when he was stopped by officers from the Surrey Roads Policing Unit near Cobham.

Surrey Roads Police tweeted: "We just stopped a Lord of the Rings fan. Watching it on DVD whilst driving is not good."

Later there was another tweet, which read: "We stop many drivers for speeding, using mobile phones sometime both every day. People watching TV not so often."

Surrey Police said: "A man in his 30s from Guildford has been reported for driving without due care and attention after officers from the Surrey Roads Policing Unit stopped a blue Ford Transit van on the M25 this morning."

"The vehicle was stopped on the clockwise carriageway just before Cobham services at around 7.45am when it is believed traffic was flowing at around 60mph.

"It is suspected the driver, who was the single occupant of the vehicle, may have been using a portable DVD player which was seen on the dashboard of the van."

The incident led to a spate of tweets with references to Lord of the Rings. Neil Freckleton wrote: "A dreadful Hobbit to have. Bad for your elf."

Dave Comeau tweeted: "Where did you stop them? Don't say Mordor."