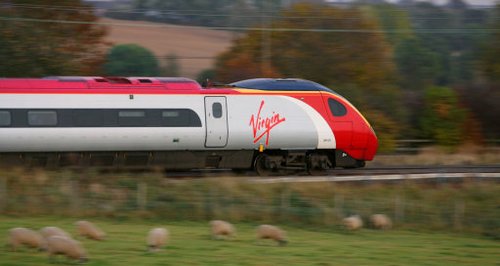 Easter engineering work means there will now be major disruption on trains out of London until Tuesday.

Network Rail are under pressure to make sure the works finish on time, to avoid the travel chaos seen at Christmas when overrunning improvements led to major delays for passengers.

While people take to the roads and air for bank holiday getaways, many have been advised to avoid travelling by train.

Virgin Trains has said it is "strongly recommending" that passengers do not travel on the West Coast Mainline between Good Friday and Easter Monday, while Transport Secretary Patrick McLoughlin said people may want to "think twice" about their method of travel.

He said there are alternatives but journeys may be more difficult.

"But if you are travelling between Friday and Monday night please check your journey first, it may be that you'll think twice about how you travel."

"I'm sorry if it is more difficult - but my promise is that the work is essential and when it's done the benefits will be worthwhile."

Major work at Watford means there will be no Virgin or London Midland trains in or out of London's Euston station between Good Friday and Easter Monday.

Virgin trains will run no further south than Milton Keynes, Rugby or Northampton while there will be no direct London Midland services between Euston and Hemel Hempstead.

There will be improvement work on the West Coast line between Crewe and Warrington and between Carlisle and Glasgow which will severely restrict Virgin services to northern England and Scotland.

Work will also take place between Manchester and Bolton, via Farnworth, and Manchester Victoria station will be closed from Good Friday to the end of Easter Monday.

The Easter holiday will also see no Southeastern services to or from the London stations of Charing Cross, Waterloo East or Cannon Street.

Other disrupted areas due to engineering work include parts of Kent, lines running through Reading and some services from London Paddington.