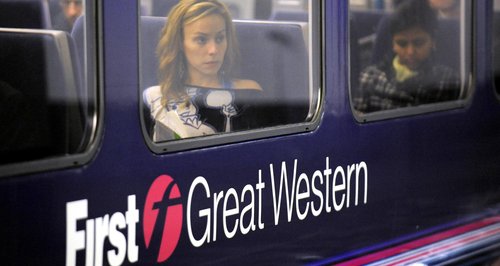 First Great Western have been given a 23-month extension to their franchise running trains out of London Paddington.

The Government say First Great Western (FGW) will carry on running the Great Western main line until September 2015 before bidding starts for a new long-term franchise.

The line runs from Paddington out to the Cotswolds, South Wales and south-west England.

Greater wifi coverage and additional sleep carriages are among the improvements announced.

Transport Secretary Patrick McLoughlin said: "The Great Western franchise provides a vital service for thousands of passengers every day and under this deal they will see real benefits.

"For communities like Devon and Cornwall the train is a lifeline bringing in business and helping secure the leisure industry the community relies upon. This agreement will provide additional sleeper carriages between London and Cornwall securing the future of a key service once under threat."

He went on: "We have also secured a commitment to deliver greater wifi coverage to improve the experience of long-distance journeys for passengers. But I am also determined that we see further improvements during the lifetime of this contract; more standard class and fewer first class seats on key services and the delivery of more electric trains for the Thames Valley.

"This agreement provides further proof that the Government's new franchising schedule is on track, delivering value for money for the taxpayer and supporting the ongoing multibillion-pound investment programme in our railways."

FirstGroup chief executive Tim O'Toole said: "Today's agreement is good news for FGW passengers, taxpayers and our shareholders as it provides continuity and consistency, building on the improvements our experienced team has already made over the last franchise period.

"We have seen significant improvements in customer satisfaction and punctuality, and working with the Department for Transport we have delivered additional capacity on the busiest morning peak trains.

"We will work closely with stakeholders and partners along the route to explore further ways to support our local communities."

Manuel Cortes, leader of the TSSA rail union, said: "FGW are being rewarded for failure on a massive scale. This week we revealed that they have increased walk-on fares by 210% since privatisation, three times faster than the rate of inflation.

"They are also the first rail firm to provoke a strike by passengers in the entire history of the railways, in protest at overcrowding in the Bristol region.

"Passengers will continue to suffer from Tory dogma while Patrick McLoughlin, like the Bourbons, seems determined to ignore the lessons of history."

Anthony Smith, chief executive of rail customer watchdog Passenger Focus, said: "We know that, for most passengers, the key thing is that trains keep running, turn up on time, and that they are able to get a seat.

"They will welcome the certainty and stability this extension to the Great Western franchise will bring but may be disappointed that they have to wait longer for the investment that will accompany the longer franchise when it is finally awarded."

He went on: "It is important that this short-term extension is used to prepare and deliver a better, more passenger-focused franchise where the passenger voice has been heard and taken into account.

"As passengers are one of the main funders of the railway, it is crucial that their needs and expectations are at the heart of services. We want to see passengers kept informed of what is going on and how they can have a say in the process. The railway cannot remain static and passengers should not have to suffer as a result of difficulties with the franchising process."

RMT transport union leader Bob Crow said: "This is another twist of the rail franchising racket with a company running one of the worst-performing services in the country given a free run to milk this vital inter-city line for all it is worth for another two years.

"We are demanding to know just how much First extracted from the Government in last-ditch talks where they had bullied themselves into a monopoly provider position.

"It is a scandal that the publicly-run option was never considered for this franchise even though it would have saved the taxpayer a fortune.

"We will be opening up urgent discussions to ensure staff get a fair pay deal off the back of this extension with the casualisation and exploitation of staff brought to a halt."