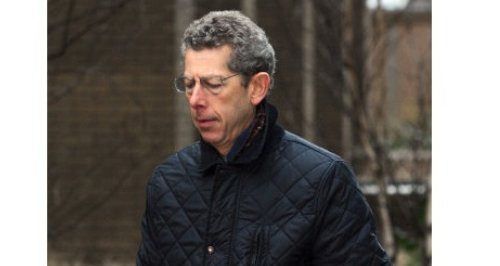 A former housemaster at a prestigious Catholic private school in London has been jailed for 10 years for sexually abusing pupils.

Lowe invited the youngsters to his flat and "spanked" them when they had broken school rules. He also crept into the vulnerable pupils' dormitory and touched them intimately while carrying out night-time checks, his trial was told.

Many of his victims studied at the £16,000-a-year choir school, while others were abused at the Benedictine monk-run Ampleforth College in North Yorkshire.

Sentencing Lowe today, Judge Martin Beddoe told him: "All these boys were to some degree emotionally and physically vulnerable - some were more so than others. You took advantage of that and made it all the worse by what you did.

"What you did has remained more or less a secret for the best part of 35 years until now. But for the courage of all 10 complainants, in particular those most affected, a secret it would have remained."

A jury found Lowe, from Bristol, guilty of 15 counts of indecent assault on a boy under the age of 14 following a trial last month.

Lowe, dressed in a black jacket and open-collar shirt, bowed his head in the dock throughout today's hearing and showed no emotion as his sentence was delivered.

His wife and son were in the public gallery along with most of the retired teacher's victims, many of whom were supported by their wives and partners.

Judge Beddoe said: "All (of the victims) were entrusted to your care as a member of staff at school. That trust was seriously betrayed by what you did."

The judge said many victims were "severely confused" at the time of the abuse, some of whom were "unsure if it was right or wrong".

"I'm quite sure you have caused a number of your victims serious psychological harm," he added.

Judge Beddoe said victims were left "ashamed and embarrassed" by Lowe's "selfish sexual acts", which had "sullied" the reputations of two institutions.

The court heard that some of the victims came forward after reports of Operation Yewtree, the police investigation into historic sexual abuse in the wake of the Jimmy Savile scandal.

Many of the victims felt Lowe had "violated them all over again" by denying the offences and taking them to trial.

Following the sentencing, Tracey Emmott, solicitor for one of the victims, said: "This is the best sentence the victims could have hoped for. Proper justice has been done.

"There has been a great deal of pain and this has enabled, certainly in my client, some closure.

"It's never complete and it would have been helpful if there had been evidence of remorse or contrition."

Jurors heard that Lowe had a "small group of pupils that he was extra friendly with", and even invited a select few to attend his wedding.

One former pupil told the court he was 10 years old when he was abused. The inappropriate touching began as "massages" during piano lessons, but Lowe started to slide his hands into his trousers.

In 1981, one of Lowe's victims complained about being repeatedly abused by him, and shortly afterwards the teacher left the prestigious school, prosecutor Philip Bennetts QC said.

However, it was not long before Lowe started working at Ampleforth College, where he abused four of his 10 victims.

One victim recalled Lowe inviting him to his room at the choir school and asking him to remove his trousers and lie across his lap.

The man told the trial: "He called me upstairs, and I remember thinking 'Here we go again, I am going to get some more of this'.

"I remember he sat me down on the sofa, and he told me to take my pants and trousers off, which I duly did. Why, I don't know, but kids do these things, I guess."

The man described how Lowe fondled him for around half an hour, saying what happened in the music rooms had been "like a warm-up act".

Another of Lowe's victims told police he remembered a time when he was drifting off to sleep in a top bunk in the dormitory when the housemaster went under his cover to "fumble" his genitals.

In mitigation, Sarah Elliott QC said father-of-five Lowe "removed himself from temptation" by no longer working with boys under 13 after he left Ampleforth College.

"The majority of the allegations involved offences carried out in a gentle manner without particular force," she said.

"Mr Lowe bears the burden that he has brought such misery and shame to his family."

Following the hearing, Detective Sergeant Kirstie Martin, of the Met's sexual offences, exploitation and child abuse command, said: "David Lowe was a well-respected and talented teacher. He knew the boys he targeted felt hugely loyal to their schools and their teachers.

"He used this knowledge to abuse his position of trust in a truly terrible way.

"He transpired to be a persistent offender who committed his crimes over a prolonged period. He used young boys, who were often staying away from the security of their own home, to his own advantage.

"His actions left his victims feeling frightened, lonely and confused.

"Despite the abuse, his victims, now all adults, somehow found the courage to relive their experiences. That courage has directly secured Lowe's conviction and we can only hope that they can now find some closure."

DS Martin said another alleged victim had contacted police following press coverage of Lowe's case and the force was in the early stages of investigating the allegation.