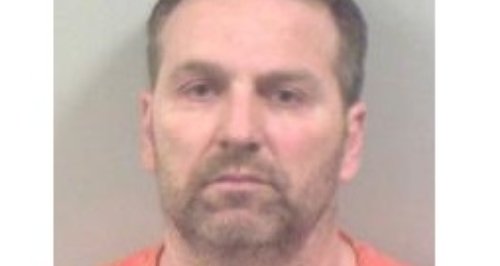 A lorry driver who killed three members of the same family and injured eight others after ploughing into the back of stationary traffic on the M26 has been jailed for six and a half years.

Slovakian Juraj Orsula claimed he had been blinded by the sun when his red Mercedes Actros lorry crashed into the back of queuing traffic on the M26 in Kemsing, Sevenoaks, Kent, as a result of two previous collisions earlier that morning, police said. Helen Akande, 22, and her sister Mary, 16, from Sarcelles, France, died at the scene of the crash just after 9.35am on April 16 2014, and their father Michael died two weeks later in hospital as a result of his injuries, a Kent Police spokesman said. Three people travelling in another vehicle suffered serious injuries, including a seven-year-old boy who suffered a severe brain injury, a three-year-old boy who had a broken leg and a 36-year-old man with a fractured skull and brain injury. Orsula, 46, from Topolcany, Slovakia, pleaded guilty at Maidstone Crown Court today to three counts of causing death by dangerous driving, and three counts of causing serious injury while driving dangerously and was jailed for six and half years and disqualified from driving for seven years. Detective Constable David Holmes, from Kent Police's Serious Collision Investigation Unit, said: "This was a desperately tragic incident that resulted in the deaths of a father and his two daughters, and has left a huge hole in the lives of everyone who knew and loved them. "The events of that day will linger long in the memory of those affected, some of whom will never fully recover from their injuries. "Juraj Orsula claims he was blinded by the sun in the moments leading up to the collision, which should have been reason enough to reduce his speed. "Instead he continued to drive as normal before crashing into stationary traffic and leaving a trail of devastation around him. "He must now live with the consequences of his actions for the rest of his life. "Hopefully Orsula's sentencing will mark the start of the healing process for everyone affected by this devastating incident, and our thoughts are with them all today. "I would like to thank the families involved for their patience and dignity throughout the criminal justice process."