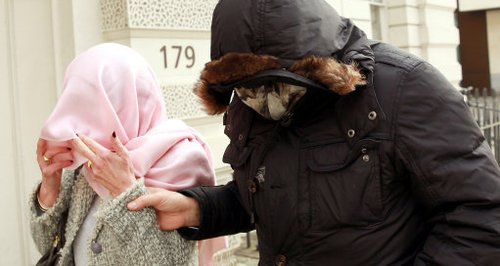 A man with links to the Mafia who has lived in London for 20 years has been ordered to return to Italy after losing an 18-month extradition battle.

Domenico Rancadore, known as the professor, was told by Chief Magistrate Howard Riddle at Westminster Magistrates' Court that he must return to his native country to serve a seven-year sentence for association with the Mafia.

The 65-year-old has seven days within which to lodge an appeal against the decision, after which he will be removed from the country within 10 days, a court official said.

Rancadore from Uxbridge, west London, has been released on conditional bail.

The mobster was first arrested on a European Arrest Warrant at his semi-detached home in August 2013.

Although never convicted of murder, the Italian authorities wanted him to be returned to the country, after he fled in 1995.

He was tried in absentia and handed a seven-year prison term for his 'Mafia association'.

The ruling came after protracted extradition proceedings which saw Judge Riddle reverse his initial decision over concerns that Italian prison conditions would breach his human rights because he has a serious heart condition.

But Rancadore was rearrested a month later and his wife Anne Skinner, known to the court as Mrs Rancadore, told the court of his deteriorating health and how he suffered from claustrophobia.

Before his arrest in 2013, the Mafia don spent two decades living under the name of Marc Skinner with his family in a house surrounded by a fence and large hedge, obscured from view.

He claimed he had changed his name to escape the notoriety associated with his father, Giuseppe.

Rancadore's father was imprisoned in 1987 as part of the maxi trial which saw 475 Mafiosi indicted.

In April Alun Jones QC, defending, made an abuse of process application, arguing that a case could not be brought against a defendant more than once.

But a new arrest had been issued, with the Italian authorities admitting the CPS had made a "comical series of blunders" in relation to Rancadore's extradition.

The issues related to the late service of papers and the failure to inform Rancadore's counsel that assurances had been given by the Italian authorities regarding the prison he would be sent to.

He concluded: "I am satisfied that, even without the assurance, there is no real risk that by returning this defendant to Italy he will suffer inhuman or degrading treatment.

"Whether the assurance of 14th March is in his interests, and whether he wishes to take advantage of it, are not matters for this court to consider."

"I must order the extradition of Domenico Rancadore to Italy. He has seven days to appeal this decision."