Murderer 'Could Be In London' 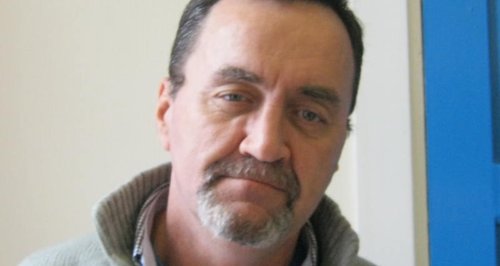 Police believe a convicted murderer who breached his licence after being released from prison may have travelled to the London area.

North Yorkshire Police are warning that William Kerr, 53, (pictured) "needs to be arrested and returned to prison as a matter of urgency".

Kerr was jailed for life for murder at Leeds Crown Court on June 26 1998 and released on licence on January 23 2015 but he absconded from approved premises in Hull and disappeared.

Officers say there is no evidence to suggest he may be in North Yorkshire and now believe he could be in the capital. They urged people to be on the look for him but warned anyone who sees him not to approach him.

A spokesman for North Yorkshire Police said: "Following extensive inquiries, officers believe that Kerr has travelled to the London area where the Metropolitan Police are assisting the search."

Detective Inspector Eamonn Clarke, of North Yorkshire Police, said: "We believe he is now in the London area and he may be trying to book into a hostel or other accommodation using a false name as he has done previously.

"We ask that you do not approach Kerr, as he is considered dangerous. You should contact the police straight away on 999 and officers will be dispatched to arrest him or investigate the sighting."

Appealing directly to Kerr, he added: "William, you know you have breached your licence conditions, and by continuing to do so you are only making things worse. It is now time to do the right thing and hand yourself in to the police."

He is also known to have links to the Humberside and West Yorkshire areas.

Kerr, who speaks with a Scottish accent, was jailed along with co-defendant Christopher Moody for the murder of 43-year-old Maureen Comfort, whose body was found in a cupboard in her flat in Leeds.

According to court papers, she was last seen alive on December 4 1995, and her body was found by relatives on January 8 1996. She had been strangled.