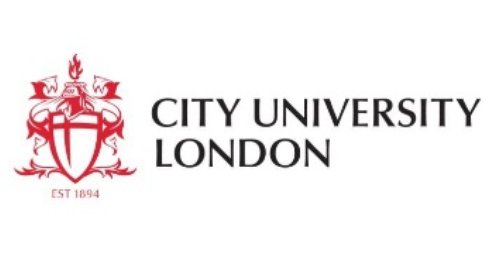 A new study suggests as many as one in every 20 women in Southwark has undergone female genital mutilation.

A report by City University and human rights organisation Equality Now estimates 4.7% of women in Southwark have had FGM, while one in 10 (10.4%) girls are living in the borough who were born to mothers who have had it.

Outside London, the highest estimates were for Manchester, Slough, Bristol, Leicester and Birmingham, where rates range from 1.2 to 1.6%.

Other places, including Milton Keynes, Cardiff, Coventry, Sheffield, Reading, Thurrock, Northampton and Oxford were estimated to have rates of more than 0.7%.

While people born in countries where FGM is practised tend to be concentrated in urban areas, no local authority area is likely to be free from the practice entirely, the report said.

The report, which was funded by Trust for London and the Home Office, also looked at birth data from the Office for National Statistics, enabling researchers to estimate the numbers of girls born to mothers who have undergone FGM.

Again, numbers were highest in London and certain major cities, but some were also widely dispersed, with an overall rate of 1.6%.

The report builds on findings published in July 2014, which showed that an estimated 137,000 women and girls affected by FGM and born in countries where it is practised were permanently resident in England and Wales in 2011.

Last week Bedfordshire Police secured the first FGM protection order under a law which came into force that same day.

The measure allows authorities to seize the passports of people who they suspect are planning on taking girls abroad for mutilation. Breaching the order is a criminal offence.

The order was made at a court in Bedfordshire, and prevents the travel of two young girls who police believe may have been at risk of being taken to Africa and mutilated.

A Government consultation is also due to be launched this week including details on making it mandatory for all professionals, including doctors, nurses and teachers, to report FGM in under-18s.

FGM is a procedure that sees the partial or total removal of the external female genital organs for non-medical reasons.

It is estimated that more than 20,000 girls under the age of 15 in the UK are at risk each year, yet very few cases are reported.

Mary Wandia, FGM programme manager at Equality Now, said: "We hope that policy makers at all levels - including in local authorities - urgently respond to these new estimates.

"This means stepping up work to prevent it, protecting girls at risk, providing support to survivors, pursuing prosecutions when necessary and continuing to develop relevant partnerships, to ensure that all work to end this human rights violation is 'joined up' and effective at every level".

Report author Alison Macfarlane, professor of perinatal health at City University London, said: "The figures in this report are estimates, based on numbers of women living in each area, who were born in countries where FGM is practised, and the prevalence of FGM in those countries.

"They suggest that women who have undergone FGM are living in virtually every part of England and Wales.

"Support is needed for these women during pregnancy and childbirth and may also be needed for older women, because of long-term complications of FGM.

In conjunction with the report, the organisations Trust for London, Equality Now, Rosa - the UK fund for women and girls, and the Royal College of Midwives are releasing new recommendations for authorities and statutory agencies to tackle the practice on a local level.

Sioned Churchill, director of special initiatives & evaluation at Trust for London, said: "This new data shows that no local authority in England or Wales is likely to be without women and girls who have survived the pain of FGM.

"The guide stresses the need for sensitive interventions, involving FGM survivors and community experts, which raise awareness of the harms of FGM without stigmatising whole communities."