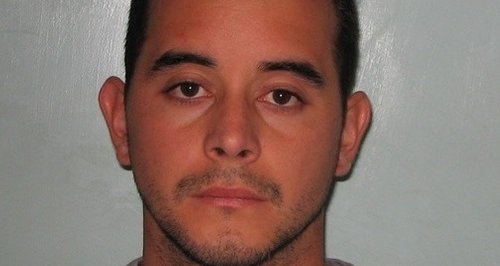 The Met Police say London's streets have been made safer after a man who raped a woman after she fell asleep on a night bus was jailed for seven years.

Juan Calderon, 32, from Ecuador, who was studying at Kings College London, was found guilty following a five-day long trial at the Old Bailey.

He was sentenced to seven years for the rape and four years for assault by penetration, with the sentences to run concurrently.

A woman in her thirties had been out drinking with friends on Saturday 25 October 2014. She boarded an N13 night bus in the Aldwych area where she fell asleep.

Calderon who was also on the bus, sat down next to her and within a minute of doing so, sexually assaulted the victim, putting his hand down her jeans. He then led her off the bus and took her back to his home address in Kidderpore Avenue, Hampstead, where he raped her.

The victim has no recollection of the events on the bus or going back to Calderon's flat. Her first recollection is of Calderon raping her and her saying no, and trying unsuccessfully to push him off her.

The victim then left, went home and called police.

DC Jacqui Burns from the Met's Sexual Offences, Exploitation and Child Abuse Command said: "Calderon took advantage of a vulnerable woman who had been on a night out.

"As she travelled home, he sexually assaulted her, took her back to  his home and raped her. I would like to take this opportunity to praise the victim for her courage and bravery in coming forward and I am pleased that he is  now behind bars. I would encourage other victims of this type of crime to come forward, whatever their circumstances."

Detective Inspector Neil Rawlinson from the Met's Sexual Offences, Exploitation and Child Abuse Command said: "The streets of London are that little bit safer now that Calderon has been imprisoned.

"He targeted a vulnerable woman and I want to assure the  public that we will pursue all such offenders and bring them to justice. I would encourage anyone who has suffered in this way to report the matter to the police  in the knowledge that they will be fully supported."